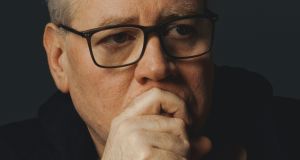 US author Bret Easton Ellis has said he is “haunted” by the way musician Ryan Adams was portrayed in a recent article accusing him of sexual misconduct.

“I just worry sometimes that the best intentions can get weaponised and you get a lot of people who are thrown under the truck who I don’t know if they really deserve to be there,” the author told Hugh Linehan on the latest episode of The Irish Times Inside Politics podcast .

“His wife Mandy Moore complained that, ‘Ryan was so controlling that I couldn’t make a record for six years.’ That was kind of about it.

“Yeah, there was some girl he had been sexting with who actually wasn’t 16. She might have been 14, she lied. That was there. But the FBI said they didn’t even know if that was a crime concerning this particular case.”

In February, The New York Times published an investigation in which seven women, including his ex wife Mandy Moore, accused Adams of emotional abuse and harassment. He was also accused of sending graphic messages to an underage girl.

The musician, who is no stranger to controversy, later apologised “deeply and unreservedly” to anyone he may have ever hurt, however unintentionally, but stated that the article painted an “upsettingly inaccurate” picture. He cancelled a series of concert dates following the sexual misconduct accusations

Easton Ellis (55) said that the story belonged “in the National Enquirer” and did not deserve to be conflated with other #MeToo stories.

“This shouldn’t be under #MeToo – just as much as Joe Biden shouldn’t be connected to #MeToo,” he said, referencing the allegations of inappropriate touching levelled against the former vice president and 2020 Democratic frontrunner.

Elsewhere in the podcast, the The American Psycho author and provocateur shared his thoughts on Donald Trump, the 2020 presidential election, and the #OscarsSoWhite controversy. His new book, White, will be published on May 2nd by Picador