Essays on the academic boycott of Israel should be compulsory reading 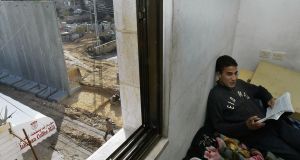 Enforcing Silence: Academic Freedom, Palestine and Criticism of Israel
Edited by David Landy, Ronit Lentin and Conor McCarthy
Zed Books, £18.99
Does the academic boycott of Israel threaten academic freedom or is academic freedom needed to defend those who call for boycott and, more widely, those who criticise Israeli policy? This essay collection explores how powerful institutions seek to silence dissent and how best to respond to that, “focusing on neoliberal bureaucracies, disciplinary control mechanisms and precarity in academia”. It shows how Israeli supporters have sought to restrict Israel’s critics’ abilities to speak inside and outside universities, using legal means (“Lawfare”) and accusations of anti-Semitism. Chapters on the growth of “Israel studies” in US and UK universities, the undermining of the academic boycott at American universities in Arab countries, and how precarious employment conditions weaken academic freedom to speak out are particularly revealing. With high-calibre contributions, this should be compulsory reading in universities and generally. BRIAN MAYE

Too Old to Die Young: Paranoid Visions, Punk Rock and Me
Peter Jones
rotatorpm.com
Dublin band Paranoid Visions, veterans of the late-1970s punk second wave, have endured with attitudinal wit. In rag attire, they preserve anarchic growls and condemnation of the system, bulldozing their subcultural path on chaotic and purist terms. A song called An Bhfuil Tú Sásta to get on TV? Situationist smarts. English-born guitarist Peter Jones washed up in Dublin in 1973, aged seven. Meeting lyricist Deko in Basement X in 1982, he found a kindred soul who shares his obsession with the Crass roster. Paranoid Visions are born. Mayhem ensues. Jones engagingly maps decades of the band, whose creative concepts are self-funded and birthed by bloody-mindedness. Pugnacious sneer is laced with poignant reflections as projects succeed and fail, band members come and go, and friends and family members pass away. JOHN FLEMING

Breakfast at Bronzefield
Sophie Campbell
Sophie Campbell Books
Campbell recounts her experience within the UK criminal justice system. Segregation, riots, judicial hearings, became the norm, for two years of the author’s life, as an inmate in Bronzefield (and later Downview) prison. And she’s angry. Campbell raises questions about the ill-treatment of female offenders in the UK prison system. The author berates the system’s prejudices towards offenders and the prevailing stereotypes, held by the public and criminal justice system. On this reading, criminal justice appears to be a system bereft of humanity. Campbell lays before the reader what she considers to be problematic with the current system and advocates for a public health approach as being more effective in reducing crime and rehabilitating the lives of female offenders. BRIGID O’DEA

Michael Harding: ‘Do I know anything? Very f**king little’