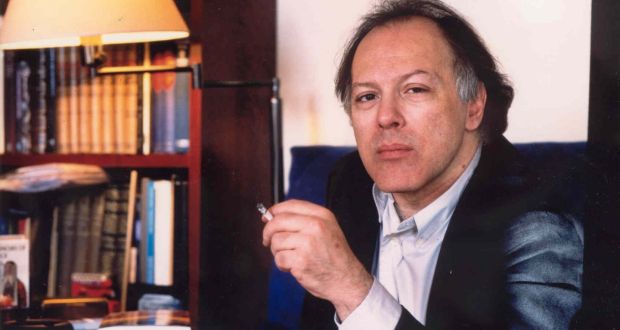 Javier Marias: his new book leaves behind the worn-out tropes of the spy thriller, while retaining the quality of suspense found in the very best books of the genre

Berta Isla and Tomás Nevinson meet as teenagers at school in Madrid in the late 1960s. Berta goes to university at home while Tom, whose father is English, goes to Oxford where, because of his gift for languages and mimicry, he is recruited, through foul means, into British military intelligence. Berta and Tom have children together but mostly live their lives not just separate from one other but parenthetically, as Tom goes on unknown missions in unidentified places. One day Tom leaves for London and does not return.

Javier Marías’s latest book Berta Isla is a shadow version of the espionage novel. Most of the action that would typically provide the substance and motor of a thriller are undisclosed, talking place in the novel’s secret life, parallel to the narrative we are reading. The atmosphere of that life leaks into the novel but the supposed intrigues, killings and pursuits of a spy story remain, for the most part, hidden. What the reader has access to is a singular, engaging and profoundly unsettling novel about marriage, about what we can know, and not know, of love and each other. All this is interwoven with a melancholy exposure of the immoral bases of power and the state.

The pivotal moment in the novel is when Berta is left waiting, a Penelope to Tom’s Odysseus, not knowing if, and in what form, he will return. Berta struggles with reason and emotion to encompass the loss and, conveniently for the reader, researches the history of British covert operations, seeing how very comfortably morality and immorality co-exist. The result is a deepening pathos about our mortal narrowing, and the contingency and illusoriness of our choices.

Berta states that “only what we’re told, what succeeds in being told, exists”. One of the remarkable achievements of Marías’s novel is how it shows that not only does the untold exist, but that it can, and does, invisibly, substantially, shape much of our life.

Initially, Berta Isla reads not only as a fascinated portrait of the world of espionage, but as an uncritical, almost sentimental one, in which the British are nobly beset by a sea of troubles and valiantly, ingeniously, manoeuvre their way to victory. Oxford takes a starring role in this drama; including dons with a hidden war record and a walk-on part by a police officer named Morse (who turns out to be not quite a visitation from the imagination of Colin Dexter). Marías’s readers will be familiar with the themes, and some of the characters, from earlier novels, although this book stands on its own.

Ireland plays a central, though offstage, part, as a uniquely savage island, a kind of dark inversion of the sceptred isle. In the background are a number of the major political and social upheavals of the late 1960s to the near present – the Troubles, the decline and end of Francoism, the Falklands/Malvinas conflict and the collapse of communism.

The presence of a copy of Joseph Conrad’s The Secret Agent at an early scene of crisis for Tomás Nevinson, however, indicates that within this seemingly anglophilic portrait there are undertows of danger, manipulation and imposture not far from the surface.

Other literary references are integrated into the novel and, especially in the case of TS Eliot’s Little Gidding, set up thematic echoes that repeat enrichingly throughout the book. Quoted, but not mentioned by name, is Nathaniel Hawthorne’s staggeringly odd and brilliant short story Wakefield, which provides Marías with one of Berta Isla’s plots. This story is set off against Balzac’s Colonel Chabert, and the Daniel Vigne film, and the Janet Lewis book, of Martin Guerre – all tales of disappearance, uncertainty and imposture. Shakespeare’s spy king, Henry V, also makes an appearance, but it is Berta’s quotation from Charles Dickens’s A Tale of Two Cities that gets to the heart of her situation: “…every human creature is destined to be a profound secret and mystery to every other creature”.

There is the occasional irruption of what seems to be Marías’s voice when one of his characters, usually Berta, is narrating. The robust and subtle flow of Margaret Jull Costa’s elegant translation, though, quickly moves the reader on from these lapses.

Berta Isla leaves behind the worn-out tropes of the spy thriller, while retaining the quality of suspense found in the very best books of the genre: John Le Carré, Eric Ambler and Geoffrey Household. Marías opens the story into a space where we can meditate on some of the largest, and most irresolvable themes in literature: knowing and loving, agency and consequence, loss and death.