Autumn by Ali Smith review: Brexit remix in the summer of hate 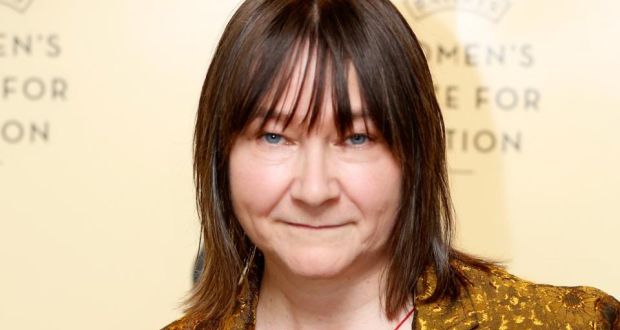 “Now that the actual autumn isn’t far off, it’s better weather. Up to now it has been fly-fetid, heavy-clouded, cool and autumnal all summer . . .”

Readers will recognise these descriptions: the summer is the summer just gone; the autumn is this autumn, is now. Ali Smith’s latest novel is mired in history, but is indubitably about the present. Autumn tells the story of an unusual friendship between a girl, Elisabeth Demand, and her neighbour, an eccentric old man, an art-lover and one-time songwriter named Daniel Gluck. The narrative alternates between Elisabeth’s childhood, when Mr Gluck, in a babysitting capacity, takes her on walks and kindles her interest in art and storytelling, and 2016, when Elisabeth is a lecturer in the history of art and Mr Gluck, aged 100, is in a care home.

In one of their earliest conversations, the avuncular neighbour speculates that Elisabeth’s surname is likely of French origin (de monde: of the world), a subtle, signal nod to the embeddedness of “continental” Europe within the supposedly hermetic culture of the British Isles. Skipping ahead to 2016, the UK’s summer of hate forms the backdrop. There is a passing allusion to the possibly politically motivated murder of the Labour MP Jo Cox in June. (“Someone killed an MP . . . But it’s old news now. Once it would have been a year’s worth of news.”) This begins a bleak survey of the new status quo: Smith’s narrator relates, with the perplexed incredulity of a travel writer in a foreign country, the febrility of public discourse in Brexit Britain: “It has become a time of people saying stuff to each other and none of it actually ever becoming dialogue.” People are being abused and assaulted in the streets; the atmosphere of menace is exemplified by a rightwing contributor to a BBC Radio 4 panel discussion, who spits “You lot are on the run and we’re coming after you” without, the narrator observes, any censure from the chair.

Much of the plot, though, has ostensibly little to do with Brexit. It revolves around Elisabeth’s obsession with a relatively obscure British pop artist called Pauline Boty, who specialised in strikingly dissonant collages. In her university thesis on Boty, Elisabeth observes that “An image of an image means the image can be seen with new objectivity, with liberation from the original”.

Boty’s signature technique is emulated by Smith in the composition of this novel, which juxtaposes numerous vignettes borrowed from elsewhere, sometimes paraphrased but often lifted verbatim: a couple of anecdotes from the memoir of Christine Keeler, the model at the centre of the Profumo scandal in the 1960s; a scene from the movie Alfie, in which Boty made a cameo appearance; the opening lines to Huxley’s Brave New World; an interview with Boty in a 1964 issue of Vogue; and various fragments of online content.

Elisabeth and Mr Gluck amuse one another by riffing on fairy tales, and it is this thematic emphasis on storytelling that pulls us back into the present. When Mr Gluck remarks that “whoever makes up the story makes up the world”, one thinks inevitably of political discourse, which is now more than ever a matter of competing narratives. In this context, the ongoing attack on the humanities in higher education takes on particular significance: when Elisabeth “remembers that probably pretty soon she won’t have any job to give any lecture in anyway”, it is no mere throwaway aside.

Smith writes in a liltingly singsong prose that fizzes with exuberant punning and wordplay. (Of Profumo: “Sensational, the public gallery turns pubic gallery.” Of a magic goatskin: “Was there once a magic goat?”) One stylistic device in particular stands out: a propensity for lengthy monologues, almost soliloquies, in which a certain word or phrase is repeated over and over, producing a rhetorically powerful rhythmic effect. It is a gimmick beloved of political speechwriters, but in these hands it is something else.

Autumn may well be the harbinger of a new glut of Brexit fictions, but it is notable as much for its formal structure as its political content. Its patchwork aesthetic speaks to something authentic in the way many of us will have experienced not only the political crisis of the past few months – as consumers of online news media – but much else besides, as readers, watchers and listeners in the digital ecology. That sense of fragmentation and intertextual riffing, presaged in Boty’s collages, is writ large in the remix dynamic of online cultural consumption, and it is this, as much as Smith’s energetic, vibrant prose and topical setting, that makes it feel so compellingly contemporary.

Nevertheless Autumn will primarily draw attention, and rightly so, for its appeal to conscience and common humanity – intergenerational, interracial, international – in these deeply worrying times.

Houman Barekat is a literary critic