Asking for It, by Louise O’Neill: brave, clever, provocative but relentless

Review: A harrowing novel on the issue of sexual consent asks important questions of the reader, writes Sarah Gilmartin 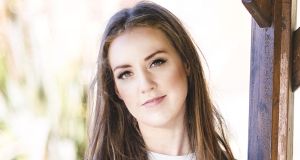 Book Title:
Asking For It

Everything about Louise O’Neill’s second novel, Asking for It, is provocative. The title, the unlikable heroine, her unlikable friends, the goldfish social-media world in which they live, the horrific assault at the story’s centre, and, particularly, the treatment of the victim by her community in the aftermath.

Provocation is at once a central theme and a governing force behind the book. This is an important novel that tackles the complex topic of sexual consent fearlessly, at times relentlessly. Published under Quercus’s children’s literature imprint, its crossover potential falls firmly at the older end of young adult fiction.

O’Neill presents a dark world where traditional Irish values clash with modern morals and media. The result is a murky reality where individual rights get trampled by the mob.

Split into two parts – before and after the assault – the novel focuses on the misfortunes of a fifth-year student, 18-year-old Emma O’Donovan, from the fictional Cork town of Ballinatoom. Beautiful Emma is a superficial and sharp-tongued teenager, whose core group of friends seem to either tolerate or dislike her. Best friend Maggie is growing weary of Emma’s attention-seeking ways. No man, not even Maggie’s boyfriend, is off-limits to Emma’s flirting, borne of low self-esteem and a desperate need to be admired.

O’Neill doesn’t flinch from the negative aspects of her heroine’s personality. There’s no kind-heart-beneath-it-all capitulation. Emma steals from her friends, is jealous of their attributes, bullies the weaker ones with snide remarks and, shockingly, advises her friend Jamie to keep her mouth shut after she is raped: “‘Let’s just pretend it didn’t happen,’ I told her. ‘It’s easier that way. Easier for you.’”

Her parents find her dumped like a sack of rubbish on their doorstep the next day. O’Neill paints a graphic and harrowing picture of the ferociously sunburnt, half-clothed young woman, covered in bruises and vomit, who has been abused on multiple fronts.

Even though Emma’s memory of the evening has been eviscerated, forgetting is not an option in the modern age. Reams of photos are posted online: Emma is comatose, naked, and splayed in various sexual positions, surrounded by a group of young men who then claim to be innocent. Further muddying the waters is the fact that Emma had consensual sex with one of her rapists earlier that night.

The themes of O’Neill’s acclaimed debut, Only Ever Yours, which won the Cork author the best-newcomer prize at the Irish Book Awards last year, are revisited in Asking For It. Issues of appearance and self-esteem drive both narratives. Women are viewed as playthings for men, with personalities and bodies made to measure: “My body is not my own any more. They have stamped their name all over it.”

The girls in Ballinatoom are rivals instead of friends, even the mother characters whose one-upmanship is cleverly incorporated. Men make choices and women shoulder blame, responsibility being at all times a female concern. Asking for It is arguably more chilling than the dystopian debut, as this is real Ireland, presented in painstaking detail.

This results in a slower second half, with Emma’s interior struggles taking centre stage. The narrative she tells herself is repetitive and can feel relentless, which is no doubt deliberate as O’Neill seeks to draw us into the character’s shame. The repeated use of brackets to show the difference between public and private thoughts can grate, however, as does Emma’s obsession with how she is perceived.

More interaction with her friends in the aftermath, or with her resentful mother who would love “the luxury of a nervous breakdown”, or, particularly, with her traumatised, taciturn father, would bring light and shade to this part of the book, but perhaps the point is to show only the darkness.

Filled with ambiguities and perspectives, this is brave and clever writing from a relatively new voice in Irish fiction. Although the issue of consent is at the novel’s core, O’Neill resists passing judgment. Instead she forces the reader to consider the morality. Was she “asking for it”? That’s what everyone wants to know about the attack on Emma. But the real point is: why do we live in a society where such a question is permitted at all?