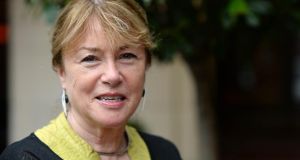 Incoming chair of the Arts Council Sheila Pratschke was most recently the director of the Centre Culturel Irlandais in Paris. Photograph: Dara Mac Dónaill

Sheila Pratschke is to be the new chair of the Arts Council, as announced yesterday by Minster for the Arts Jimmy Deenihan. She succeeds Pat Moylan, whose term of office ended in 2013. Pratschke was most recently the director of the Centre Culturel Irlandais in Paris, finishing up there last autumn. Prior to that, she was the director of the Tyrone Guthrie Centre at Annaghmakerrig in Co Monaghan from 2001 to 2007, and she was also a director of the Irish Film Institute. She will serve a five-year term.

Also yesterday, five new members were appointed to the board, and they too will hold these roles for five years. It will be the first time in some months that the Arts Council will have a complete board of 12. The five posts had controversially remained vacant for some time.

The new board members are art historian, Éimear O’Connor, who is a previous board member; Monica Spencer, an actor, director and youth drama facilitator who is currently involved with the new Creative Communities Limerick Network; Miriam Dunne, whose special interest is in street theatre and circus; visual artist and Aosdána member, Brian Maguire; and actor Joan Sheehy.

The Arab-Israeli conflict in 10 points
5

Helen Reddy, singer of feminist anthem I Am Woman, dies at 78
10