Was sculptor Gerda Frömel too subtle for success?

The nuanced, neglected work of the Czech-born artist, who made her home in Ireland, gets an outing in an Imma retrospective 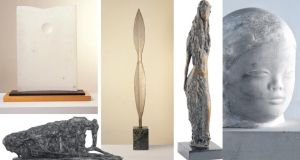 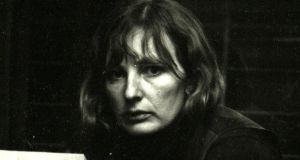 There’s often an element of hype involved when an artist is described as “long-neglected” or “rediscovered”, but both terms are entirely justified in relation to Gerda Frömel. The Czech-born sculptor, who studied in Germany and spent virtually her entire artistic career in Ireland, won an enthusiastic critical and public following during her lifetime, but was largely forgotten after her untimely death in 1975. She was only 44 when she drowned in a swimming accident while on holiday in the west of Ireland.

Although she remained highly regarded by those familiar with her work, such as the art critic Dorothy Walker, various factors militated against the maintenance of her reputation posthumously.

They include the fact that she was not Irish and, perhaps more significantly, the absence of close family members or others in a position to organise and manage her estate. It could be said that Imma’s Gerda Frömel: A Retrospective is overdue, but the point is that it is happening and that it is well done – Seán Kissane is the curator – and is exactly the kind of exhibition the museum is intended for.

Besides the careful parsing of Frömel’s historical and stylistic context, what emerges is the profile of an exceptional, fine-tuned artistic sensibility and an acute, questing intelligence. There’s a consistent, lyrical combination of tenderness and toughness in her work that is essentially her. The various catalogue texts, despite their considerable merits, slightly overdo the notion of the quiet, reticent, semireclusive artist at one remove from the world. In reality, while certainly reticent, Frömel was sharp, observant, had a wry sense of humour and a distinctive, stylish, personal presence.

Frömel was born in what was then Czechoslovakia in 1931, the eldest of four daughters. Her mother was originally from Vienna; her father’s family was German. From early on she had a rich inner life and enjoyed painting, drawing and making things. But political and ethnic tensions were a prelude to war and, when the war ended, the family was banished as part of the mass expulsion of German speakers.

As it transpired, they were turned back at the German border and, after a perilous, traumatic cross-country journey, found refuge with relations in Vienna for a year, before settling in Germany.

Frömel studied art in Stuttgart and Darmstadt and, finally, metalwork and sculpture in Munich. There she met fellow student Werner Schürmann, and they married in 1955. He had been offered a post teaching metalwork at what is now the National College of Art and Design in Ireland. He already had friends in Ireland and had been visiting the country since the beginning of the decade. Frömel had visited as early as 1953. They moved to Dublin, where they found a sympathetic environment at Woodtown Park in Rathfarnham. There, Arnold Marsh and Hilda Roberts had a number of artistic tenants in apartments on their estate.

Noting the absence of a functioning bronze foundry, the redoubtable Schürmann set about establishing one, and did so, initially at Castle ffrench and then in the stables at Woodtown. The art foundry was an important catalyst in the development of Irish sculpture.

His initiative was echoed by Irish artist Edward Delaney, who, having studied in Germany, came back and set up his own foundry in Dún Laoghaire. Both Frömel and Schürmann were associated with the annual Irish Exhibition of Living Art, which for several decades was the most significant group show of contemporary art in Ireland.

Frömel’s work throughout this period is generally in tune with Europe’s postwar art of anxiety, created by a generation shaken by the barbarity of recent conflict, the level of suffering inflicted and endured, and the dawning awareness of the risks of the nuclear age. Jean-Paul Sartre’s existential angst summed up the general mood. A distrust of the utopian projects of modernity led to a rejection of abstraction in favour of a humanist, figurative art that often aimed for a kind of innocence of vision. While the artists are historically literate and aware of modernism, they appeal to a premodernist sensibility.

In her nuanced sculptures, mostly small in scale, of human and animal subjects, Frömel is clearly related artistically to such contemporaries as Germaine Richier, César, Marino Marini, Hans Josephsohn, Barbara Hepworth and Alberto Giacometti. She’s most unlikely to even have heard of Josephsohn – he only became well known in the 1990s – but their work has much in common.

Her liking for distressed, rugged surfaces and, as Kissane says, her use of “investment” – that is, allowing traces of plaster to remain in a bronze cast – tie in with sculpture of the time.

When, in the latter half of the 1960s, she began to carve rather than cast, she seems equally at home with smooth, polished finishes on marble or alabaster. Traditionally, sculptors tended to be described as either carvers or modellers. Frömel was both.

While she could veer close to what most viewers might term abstraction, even at its most abstract her work is almost always and specifically linked to worldly subjects. Her largest commissioned piece, Sails, for Scott Tallon Walker’s Carroll’s factory in Dundalk, is a case in point.

Virtually everything she made is imbued with a curious alertness: her personality comes through in her lively attentiveness to form and texture. In The Irish Times, Hilary Pyle put her finger on this quality, writing that in all her sculpture “a strange spirit seems to haunt each object”.

Her life in Ireland was not without difficulties. An extraordinarily nasty, xenophobic, misogynistic, anonymous newspaper piece, quoted in Kissane’s text, took issue with her receiving an Arts Council grant in 1963, and reportedly upset her deeply.

And then 1969 brought tragedy. When her youngest child, Natasha, was just two, she drowned in shallow water while playing at Woodtown.

She also had four boys: Wenzel, Moritz, Killian (now a sculptor in glass) and Oliver (of Mount Venus Nursery).

Frömel and Schürmann, working with his brother Joachim, a well-known architect in Germany, built a striking modernist house, called New House, at Woodtown. Its square brick form comprised four wings on a central, open courtyard, and it was several years in the planning and the making, but they had hardly settled in when Schürmann dramatically announced that he was giving up sculpture and moving to Germany to become a professional opera singer (he did go on to study and sing as a baritone, and lived until April 2012). He proposed that the whole family move.

Frömel felt settled in Ireland, as did the children. The plan was that she and the children would live in New House and he would pursue his ambition in Germany. Perhaps inevitably, it proved impossible to maintain their relationship at a distance, and within a couple of years it was clear that they had parted for good.

Frömel, a quietly determined and resourceful person, went on to work productively until her death, on August 3rd, 1975.

As Brian Fallon wrote for a memorial retrospective at the Hugh Lane Gallery, her outstanding professional reputation did not translate into popular success for several reasons, including the subtlety of her work and her contented independence from any obvious grouping in Ireland.

Nor was anyone in a position, at the time, to ensure that her work would continue to be promoted as it deserved to be. It has to be said that her sons have maintained an exceptional devotion to her memory and art, as Kissane acknowledges, and it is largely due to their care and attentiveness that this outstanding exhibition is possible.

Gerda Frömel: A Retrospective is at the Irish Museum of Modern Art, Royal Hospital, Kilmainham, Dublin, until July 5. imma.ie