The quality and scale of Generation: 25 Years of Art in Scotland, which shows over 100 artists in over 60 venues, is impressive 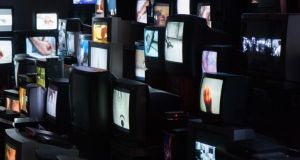 Pretty Much by Douglas Gordon 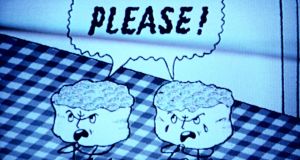 It for Others by Dubliner Duncan Campbell 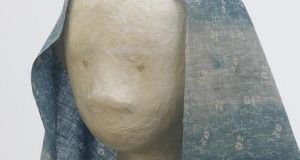 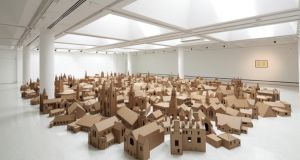 This summer, in advance of Scotland’s independence vote, an outstanding example of independent Scottish thinking has been on show at Glasgow’s Gallery of Modern Art. Illuminating the ground floor of this grand neoclassical museum is Pretty Much Every Film and Video Work from 1992 to Now, an encyclopaedic survey of the art of Douglas Gordon, clustered and condensed as a single, elaborate installation.

Blinking and blaring together in the darkened gallery are more than 100 television monitors. Each one offers an intense cinematic insight into the maverick imagination of this extravagantly inventive Glaswegian. Each one sits on a plinth made from a humble beer crate: global art market meets Glasgow flea market. It’s an apt combination – a pairing of the refined and the rough-edged – both in relation to the distinctive qualities of Gordon’s work and contemporary art from Scotland more generally.

Gordon’s anthology contains a potent mixture of highbrow conceptualism and pop-cultural plundering (his most famous work, 24 Hour Psycho, stretches out Hitchcock’s classic chiller to an uncanny and agonising day-long duration). He synthesises references to cinema, music and literature with forceful, unsettling natural imagery, moving between disturbing psychological extremes of dark and light. His Goma megamix is an astonishing display of extraordinary creative diversity and edgy, out-of-the-ordinary artistic effort.

Generation: 25 Years of Art in Scotland is a summer-long, country-wide celebration of Scotland’s remarkable standing army of contemporary artists. Generation concentrates on those who have chosen to develop their careers in Scotland from the late 1980s until now.

More than 100 artists are involved, including some – such as Duncan Campbell, David Sherry, Tony Swain and Cathy Wilkes – who originally hail from Ireland. The work is being shown in more than 60 venues, across an impressive range of locations: from the main museums and city galleries of Edinburgh and Glasgow to Mount Stuart on the Isle of Bute and the Pier Arts Centre in Orkney.

This is a good reason for us to pay close attention to it in Ireland, especially following the disappointment of the first, grandly ambitious Dublin Contemporary exhibition in 2011, which was a costly, large-scale venture that failed to engage or galvanise the visual arts community to the extent that it could have.

Significantly, Generation has arrived at a time when what it might mean to be a “single nation” is being hotly debated. As the project’s associate curator, Katrina Brown, points out, Generation was conceived before the referendum plan was announced, so it was never intended to carry a specific patriotic burden. Moreover, as the occasion for the realisation of Generation is Glasgow’s staging of the Commonwealth Games – a context, Brown notes, that helped guarantee added “presence and clout” – it also benefits, some might say, from current UK affiliations.

Regardless, Generation makes a strong, multifaceted statement about the strengths of art in Scotland. An important aim in representing the remarkable achievements of artists in recent decades was, Katrina Brown says, to create “a more extended footprint” than such a survey exhibition might usually be expected to have. Working with “as many art institutions across Scotland as wished to take part”, Generation has been able to emerge, she is pleased to say, as “a porous and generous family of exhibitions”. (Once again, there are good lessons here for Ireland: much might be gained, for example, by exploring new models of cross-country collaborative programming.)

For the last two and a half decades, artists in Scotland have taken imaginatively bold steps, while self-consciously cultivating a sustaining sense of community. This has been a period of widespread success and acclaim.

During this time, six artists from or based in Scotland have won the Turner Prize. Douglas Gordon came first in 1996. Five years later, Martin Creed had a memorable win with his provocatively simple, barely-there installation The Lights Going On and Off, the subject of many subsequent “is this art?” conversations. Since then, Simon Starling, Martin Boyce, Richard Wright and Susan Philipsz have also triumphed. Seventeen more key figures from the Scottish scene have made it on to the Turner shortlist: among them such terrific talents as Karla Black, Christine Borland, Nathan Coley, Jim Lambie, David Shrigley, Belfast-born Cathy Wilkes and – both shortlisted this year – Irish-Canadian artist Ciara Phillips and Dubliner Duncan Campbell.

Most of these are prominently represented in Generation. Nathan Coley, for instance, has restaged a wonderful 2006 installation at Goma composed of 286 cardboard models of all the places of worship listed in the Edinburgh Yellow Pages. At Tramway, Cathy Wilkes is showing what the Generation guide calls “an imaginary environment”.

Wilkes creates life-size dioramas peopled by obscure figures and scattered with beautifully cryptic accumulations of found objects. Typically for her, it’s a mysterious, moving work. Wilkes has been hugely influential in Scotland and is one of the most compelling contemporary artists working anywhere today, and she merits much more consideration this side of the Irish Sea.

In his acceptance speech on winning the 1996 Turner Prize, Douglas Gordon made a point of thanking the “Scotia Nostra”, acknowledging the crucial spirit of creative comradeship that contributed to his success. Much of this close-knit activity has been concentrated in Glasgow, often centring on lively artist-run spaces such as Transmission Gallery. Excited by this concentration of world-class artists in the city some years ago, the Swiss curator Hans- Ulrich Obrist even dared to talk of “the Glasgow miracle”. It’s a much-quoted catchphrase, but for good reason, it isn’t locally popular: ongoing graft and original thinking have mattered more than freakish good fortune.

For Katrina Brown, some other non-miraculous factors help explain the increased vitality and visibility of Glasgow art since the 1990s. The affordable cost of living and the modest population size compared with other art-world hot spots has encouraged a continuing influx of young artists, while cheap air travel and the proliferation of new communication technologies have supported an effective outflow of artworks and ideas.

But critical too has been the central role of the Glasgow School of Art. Back in the 1980s, artist-lecturers David Harding and Sam Ainsley introduced a new course at the school called Environmental Art, which sought to radically revise the traditional expectations of art education. It would gradually transform the habits of fledgling artists and the environment of the local art world. Many of the most important artists during these 25 years of art in Scotland learned how to break the rules in the context of this course, reimagining the everyday work of artists in a manner suited to the energies and exigencies of their evolving Glasgow community.

If there has been a “Glasgow miracle” in recent times, perhaps it occurred when the School of Art’s iconic Charles Rennie Mackintosh building was only just saved from destruction by fire earlier this year.

For Irish artist Duncan Campbell, the art school has played a pivotal role in fostering Glasgow’s capacity to constantly renew itself. Having lived in Scotland for about 20 years, Campbell sees Glasgow as “fundamentally an artist’s city.” As Generation comes and goes, perhaps it’s now worth asking if any cities in Ireland might yet be celebrated in similar terms.

The Douglas Gordon exhibition Pretty Much Every Film and Video Work from 1992 to Now is at Goma until September 29. Generation: 25 Years of Art in Scotland takes place in more than 60 venues around Scotland, generationartscotland.org