Capital Ideas: Keep it alive by protecting shops, fuel stations and other essentials 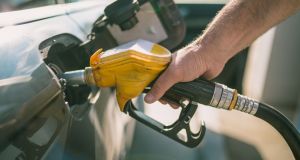 Search Google Maps for a fuel service station in the inner city and you’ll get just two answers: the Circle K/Topaz station on Usher’s Quay, and the Top forecourt on Amiens Street. Photograph: iStock

With the economy in boom territory again, every well-located service station, builders yard, car rental lot, sports ground, motor showroom, and car parks attached to pubs, churches and schools in Dublin are once again in the sights of property developers.

Nothing will be safe as developers hunt for plots that could accommodate lucrative housing or apartment schemes. Their cause is assisted by the Government’s desire to build houses quickly to satisfy years of pent-up demand, and to appease voters angered by not being able to get on the housing ladder and being charged rip-off rents.

And while there are good arguments for sweating prime city sites for housing, there is also the risk that many neighbourhoods will end up losing a host of important local services that they once took for granted, and that are part of the everyday fabric of those communities.

Search Google Maps for a fuel service station in the inner city and you’ll get just two answers: the Circle K/Topaz station on Usher’s Quay, and the Top forecourt on Amiens Street.

Many closed in the last boom, to be replaced by housing or office developments. So if you’re running low on fuel in the city make sure to be close to the quays.

Cork-born financier Neil O’Leary created the Topaz fuel services company (now rebranded as Circle K), having acquired, and then merged, the operations of Shell and Statoil.

With developers knocking down their door, Topaz sold eight prime sites (seven in Dublin and one in Douglas in Cork) for about €80 million, and focused on building forecourts close to motorways to service truckers and commercial fuel card customers.

A plan to sell a service station opposite Donnybrook rugby stadium to a house builder for a large sum was credit-crunched.

“They were crazy days,” O’Leary tells The Irish Times. “We wouldn’t have made that amount of money from operating the stations in 50 years.”

While good for Topaz’s bottom line, for many consumers it has meant long drives to fill up their vehicles, or to buy a late-night pint of milk.

Similar considerations were in play when the Jurys Doyle group sold its two Ballsbridge hotels (Jurys and the Berkeley Court) on a combined 6.8 acre site to Seán Dunne for €400 million in separate transactions more than a decade ago.

Hotelier Pat McCann, who was chief executive of Jurys Doyle at the time, said the two hotels were making about €10 million in profit annually. It would have taken 40 years to make the same money as Dunne was offering.

“We were never going to value it as €400 million for a hotel operation,” he said. “There was just no way they were ever going to get to that level as hotels.”

Further changes to the landscape of Dublin are afoot. In recent weeks, the owners of three high-profile car showrooms in Dublin – Murphy & Gunn in Milltown and Gowan Group on the Merrion Road and in Glenageary – have announced plans to close and sell the premises.

Both sit on prime residential sites and are likely to be redeveloped for a mix of houses, apartments and retail.

The time can’t be far off when people living in Dublin will have to trek out to the Naas Road or some vast warehouse or retail park close to the M50 for a new car, to buy a carpet, or to shop for DIY, furniture or bicycles.

Contrast that to many European cities, where neighbourhoods are dominated by apartment blocks but where you will find a wide range of services – repair garages, cobblers, hardware stores, service stations, furniture shops, and car rental, close by.

In 2015, Barcelona’s city council included 228 shops, bars and restaurants in a new catalogue for protection of its urban heritage. The aim was to prevent the shops from disappearing due to the pressure of the rental market and was part of a plan for the protection and promotion of urban quality.

There’s resistance in many areas of Dublin to apartments or houses being used for short-term lettings on Airbnb or other platforms, because of the negative impact it can have on a community.

Similarly, we should be concerned about a loss of vital services in those same neighbourhoods simply to satisfy the demand for residential development and the desire of property developers to generate large profits.

Local authorities should use their zoning powers to ensure that protection is offered to small traders who provide necessary services, and so that residents don’t have to travel miles by car to have their shoes repaired, buy a bunk bed, or a tin of paint.

Todd Haynes: ‘All my movies are critical and financial disappointments initially’
7