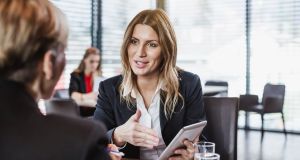 The emphasis of performance reviews should be on the positive and focused on the things you want to applaud, encourage, improve and change.

It’s that time of year again. Christmas is coming and, for many employees, so is their annual performance review. Ask most people if they are happy with this stomach-churning ritual and the answer will almost certainly be no. Ask most managers if it’s something they enjoy doing and answer is also likely to be no. Employees find these year-end soul searches nerve-wracking while most managers equally dread them, especially in organisations where the culture is negative.

Entrepreneur and business consultant Margaret Heffernan has long argued that traditional performance reviews are, or should be, dead in the water.

“Everybody hates writing them, everybody hates getting them and nobody believes them,” she says. “They have become a completely discredited ritual, which is why you’ve seen many companies throw them out. What has replaced them in most cases is immediate feedback. ‘Thank you for helping me on that project’ or ‘wow you really messed everyone up by missing your deadline’. In short, pragmatic actionable feedback.”

According Gallup’s latest State of the Global Workplace report released at the end of October, only 13 per cent of workers in Ireland are “engaged” – meaning involved in and enthusiastic about their work and workplace. Most are indifferent or not engaged and 16 per cent are actively disengaged.

“This provides evidence that how performance is managed and how people are being developed is misfiring,” says Jim Harter,  Gallup’s chief scientist for workplace management and wellbeing. “Most modern businesses have used annual reviews to provide feedback and evaluate performance. However, the newer workforce is looking for work with a purpose, a chance to develop, a coach rather than a boss, ongoing conversations rather than a once-a-year review, a manager who leverages their strengths rather than being an expert on their weaknesses.”

The Gallup research shows that lack of engagement is a global trend not just an Irish phenomenon. Worldwide, the percentage of adults who work full-time for employers and are engaged at work is just 15 per cent.

Broken down geographically, the engagement figure for western Europe is 10 per cent while in the US it is 33 per cent. The report notes that this leaves “immense room for productivity gains among employees”.

“That low percentage of engaged employees is a barrier to creating high-performing cultures. It implies a stunning amount of wasted potential. Business units in the top quartile of our global employee engagement database are 17 per cent more productive and 21 per cent more profitable than those in the bottom quartile.”

So, how should Irish employers go about “fixing” the problem?

“There are at least three things that would help almost immediately,” Harter says. “First, audit you current performance management system and dissect which parts support setting clear expectations, make it easy to be an ongoing coach and hold people accountable in a fair and accurate manner. There are undoubtedly parts of current systems that are aligned with modern performance development and others that work against having productive ongoing conversations.

“Second, train your managers to have effective performance development conversations. There are five conversations – from onboarding to check-ins to semi-annual progress reviews – on which they need to become expert.

“Third, build a scientific system to make the right decisions about who becomes a manager and can naturally deal with the idiosyncrasies that come with managing people. Some individuals are more naturally gifted to manage people toward high performance than others.”

Given the bad rep performance reviews regularly receive, one might think there is an argument for ditching them altogether. Jim Harter disagrees.

“They are still important but could become much more useful to the employee and their organisation if they follow ongoing conversations where expectations can be reprioritised in real time and development can happen throughout the year,” he says. “The review meeting then is not a surprise, but rather turns into a discussion about the future.

According to Heffernan, all that the majority of employees want from their manager is feedback that enables them to improve and grow. Too much detail in a performance review discourages innovation and problem-solving and people will simply start looking for the best way to tick the boxes. This then ends up as no more than lip service to the importance of job-related feedback and becomes meaningless.

Simple approaches work best. Set clear, reasonable targets for people and talk about them on a regular basis. There should be no nasty shocks at review time. In fact if someone gets hit with a bombshell this has more to do with their manager’s failure to have recognised a problem and provided their team member with the necessary support, mentoring or training to solve it.

The emphasis of performance reviews should be on the positive and focused on the things you want to applaud, encourage, improve and change. If negative feedback it required, keep it short, fair, specific and move the conversation on.

That sounds easy, but it’s not and why those giving performance feedback need to be trained how to do it properly.