Women in Leadership: pointing the way to the top 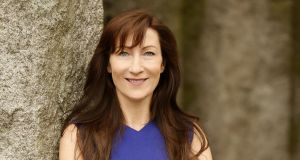 Caroline Keeling: “I had a number of guys who were 20 years older than me that had been reporting to my dad for years, and it was a challenge both for them and for me to adapt.” 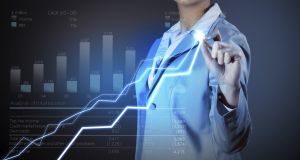 When IBM executive Bairbre Stewart began searching for a job on graduating as a chartered accountant in 1985, she prepared two CVs.

One implied her true status as a married woman and the other made it appear as if she were single, as she says many employers were reluctant to hire women, and particularly those with families.

“Within a few months I started to realise that a lot of men at that time weren’t that pushed with female accountants,” she says. “They just couldn’t see themselves taking advice from a woman.”

During one interview Stewart remembers asking her interviewer how many women were progressing through the management ranks, only to be looked at as if she had several heads.

In the end, she chose to work for IBM, where she is now a director in the Services Integration Hub. “They didn’t seem to care what I looked like as long as I was the right person for the job.”

Stewart was one of 14 female speakers at a Women in Leadership conference held in University College Dublin recently. The day-long networking event was the first of its kind to be organised by an Irish university, with the aim of encouraging women to strive for roles in senior management.

Three decades on from Stewart’s job-hunting experience, women are still far less likely to advance to management positions. A recent survey published by the Irish chapter of the 30% Club – a group established to target fairer representation for women in C-suites and boardrooms – revealed that just one in 10 board members of companies listed on the Irish Stock Exchange are women.

Event organiser Eimear O’Flynn says the purpose of the conference in UCD was to address the barriers faced by women hoping to enter into positions of leadership and to highlight the value of mentoring in business.

She believes social and cultural stereotypes still prevent women from moving up the career ladder, adding that “too often, women’s ideas and ambitions are not voiced or heard”.

“We hope the day will inspire women to be brave enough to speak up for themselves, set goals and challenge themselves,” she said.

Fiona Carney, director of operations at Microsoft, spoke about the importance of gender balance in the workforce, noting that women make over 80 per cent of all purchasing decisions in Britain and the US.

“We need diverse people in our company to design diverse products for our consumers,” the former UCD graduate says.

Carney believes that having a mentor is key to succeeding in business, citing head of Microsoft in Ireland Cathriona Hallahan as her adviser.

“She’s always been somebody I can bounce things off and get guidance from and I would encourage everyone to find that,” she says. “Finding someone who is a supporter of you and who gets to know you and has your back is a really important thing for anybody, but particularly for women.”

“Here in UCD we’re trying to identify the molehills that make up the mountains and make specific interventions to get rid of them. Hopefully that will build up to something quite significant in terms of system change,” she says, adding that negotiating family life is often the most difficult challenge for women.

Caroline Keeling, chief executive of fruit grower and distributor Keelings, believes a lack of confidence is one of the most significant barriers preventing female success, and says women should actively pursue their career goals and become opportunists.

“Sometimes women in business wait to be asked to do a job or go for a promotion and I think frequently, if you wait, you won’t be asked,” Keeling says. “You have to promote yourself to be noticed.”

When Keeling took over the family business from her father, she says her female management style met with some resistance.

“I had a number of guys who were 20 years older than me that had been reporting to my dad for years, and it was a challenge both for them and for me to adapt,” she says.

She believes that those working in business need to become more aware of an unconscious bias when it comes to gender diversity.

“There’s an awful lot of men who think they have no bias towards women in the workplace,” Keeling says. “If a woman goes forward for a job, an employer will give her a chance but generally he wouldn’t think about what kind of bias she’s coming up against and equally how to manage women differently.”

Eimear O’Flynn says that UCD hopes to organise a similar Women in Leadership event next year.

“We’re still lagging behind when it comes to women in the boardroom, so we wanted to inspire people, from the student level and even women in their careers, to stop settling and putting themselves down, and to never stop striving for success.”