Why multinationals are calling employees back to Ireland 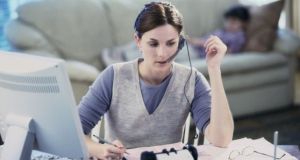 If a company is found to have employees living and working in another country, companies could have to comply with filing requirements and tax obligations in this country.

Working from a beach in Portugal or your family home in Moscow may have been an upside for some during the Covid-19 pandemic, but Irish-based companies are now urging employees who moved abroad to work remotely to come back to Ireland. Failure to do so could risk their employer facing a tax and regulatory headache, which could see them having to grapple with foreign payroll taxes, social security and employment law – potentially caused by having just one employee working in that country.

Last month, it was disclosed that Google was asking employees who left Ireland to return by the end of the year, while other employers with international workforces will be facing the same issue.

Michael Rooney, a tax partner with EY, said issues can arise for companies due to the concept of “permanent establishment” (PE). This is where, if a company is found to have employees living and working in another country, then it could have to comply with filing requirements and tax obligations in this country.

When Covid-19 first struck, employers looked favourably upon employees working from elsewhere, against a background of global travel restrictions. And tax authorities were equally benign.

Back in March for example, Revenue issued guidance to employers, advising them that issues would not arise “if such presence is shown to result from travel restrictions related to Covid-19”. It did warn that employers should keep a record of such travel, “for production to Revenue if evidence that such presence resulted from Covid-related travel restrictions is requested”. The OECD similarly advised that due to the “exceptional and temporary” change in location by employees arising due to Covid-19, it wouldn’t give rise to a PE for employers.

Seven months on, the excuse of Covid-19 may no longer wash with tax authorities, and so multinationals are asking employees to return to Ireland.

“Companies are trying to get ahead of it,” said Mr Rooney.

As well as issues around payroll tax, companies could also face questions under DEMPE tax rules (Development, Enhancement, Maintenance, Protection and Exploitation), Mr Rooney said, as to where profits are being taxed.

Typically profits should be taxed where the activity is carried out. However, if a company has an innovation hub in Ireland, and eight of its 10 employees are living and working outside of Ireland, it could lead to questions about where profits arising from that hub should be taxed.

Employment law is another potential issue; in France for example, a 35-hour working week is the norm while employees also have the right to ignore out-of-hours emails. So which laws should an employee initially hired on an Irish employment contract but now working remotely in France abide by?

Personal tax issues could also arise; if employees are no longer deemed to be resident in Ireland due to prolonged periods spent abroad, then they could be subject to tax rates in their new place of residence.

But will employees come home? The Financial Times has reported that some city employers, such as Deutsche Bank, have told their employees that they will have to deal with any additional employment tax arising from working from another country, while others, such as Credit Suisse, have been digitally monitoring their employees to ensure that they are heeding their call to return.