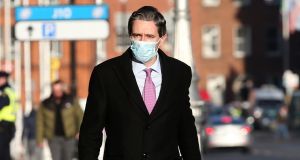 Almost 17,000 laptops have been delivered to third-level students throughout Ireland as part of a publicly-funded scheme to facilitate online learning during the pandemic.

The 16,700 Dell laptops were funded under a €168 million scheme announced by Minister for Further and Higher Education Simon Harris, for third level institutions and students.

As part of the scheme, €15 million in funding was allocated to address the emerging digital divide, giving students access to the necessary tools to continue learning online, including laptops.

Dell won the contract to supply the laptops through a tender process undertaken under the Office of Government Procurement framework, partnering with HEAnet to deliver the devices to students from 36 third-level institutions throughout the country.

“Aggregating multiple client needs in this manner has allowed HEAnet to offer a far superior service over that of clients facing the challenge alone. I believe that this bulk-aggregation approach serves as a blueprint for a future way of working more effectively and efficiently,” HEAnet chief executive Kerrie Power said.

The delivery of the laptops was accelerated, with delivery beginning from early September, to support students as the academic year began. The scheme also relied on support from Intel and Microsoft for equipment and software licences.

“The pandemic has demonstrated the importance of connectivity and access and the risk to those in our society if they are not connected,” said Jason Ward, vice-president and managing director of Dell Technologies Ireland.