Specialising early is not always the best way to succeed 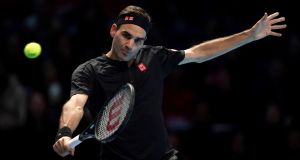 Tiger Woods and Roger Federer have one thing in common: mastery of their sport. But the path they followed to their respective pinnacles was completely different. Woods’s golfing abilities were nurtured to the exclusion of almost everything else from the time he was knee-high to a grasshopper. By contrast, Federer literally played the field and dabbled in numerous sports before becoming serious about tennis as he neared his teens.

Woods specialised early. Federer specialised late (relatively). Both got to the top, which proves there is no single path to excellence according to science writer David Epstein, who argues in his book Range that breadth of experience, failing, making mistakes and going off on tangents is more likely to lead to long-term success than specialising from an early age.

“Generalists often find their path late and they juggle many interests rather than focusing on one. They’re also more creative, more agile, and able to make connections their more specialised peers can’t see,” he says.

Epstein is the author of The Sports Gene, which delves into the world of elite athletes and considered whether outstanding performers such as Usain Bolt were born brilliant or achieved success through single-minded determination and relentless training.

Now Epstein has turned his attention to the broader canvas of more general success, and Range digs deep into how generalists seem to do better in an increasingly specialised world and why it’s time to ditch the view that changing direction is bad for your career. Linear progression may look neat and tidy on a CV, but in a commercial world that’s changing by the nanosecond, the person who has seen things from multiple perspectives may be a better hire than someone who has seen it from only one.

Epstein notes that there is a huge body of research that clearly shows learning is best done slowly to accumulate lasting knowledge. And, contrary to Mark Zuckerberg’s famous phrase that “young people are just smarter”, older tech company founders (those in their 50s) are nearly twice as likely to start a successful company as someone who is 30. Indeed, the average age of successful tech start-up founders in the US is around 45.

To make his case Epstein draws on interesting nuggets about single-minded parents who decide to push their children in one direction from the time they are tiny. Hungarian teacher László Polgár is one of his examples. He decided the traditional education system left a lot to be desired, and resolved to turn his three home-schooled children into geniuses by giving them the “right” start. He focused heavily on chess because it was easy to measure success. His eldest daughter subsequently won the under-11 chess title at the age of four, and all three of his children excelled at the game from a young age.

However, despite such standout examples of early specialisation leading to success in a particular field, Epstein’s trawl of the relevant scientific literature ultimately leads him back to the view that, where patterns do not clearly repeat, repetition does not cause learning. Whether experience leads to expertise is entirely dependent on the domain.

Translate that into real life and it means narrow experience makes for good poker and chess players but not for good predictors of employee performance or financial or political trends.

Those who achieve great success tend do so by accumulating experience in different fields and sacrificing a certain amount of depth for breadth as their careers develop.

“The most impactful inventors cross domains rather than deepening their knowledge in a single area,” Epstein says. “As experts silo themselves further while computers master more of the skills once reserved for highly focused humans, people who think broadly and embrace diverse experiences and perspectives will increasingly thrive.”

Epstein’s view on the benefits of breadth is not new per se. Both the Romans and the ancient Greeks were keen supporters of the liberal education agenda because they believed it developed the mind. Closer to home UCD’s founding father, John Henry Newman, was also a strong believer in the value of a liberal education that fosters the ability to analyse, reason and think as opposed to just remembering “stuff”.

Newman wasn’t too hung up about what subjects should be studied to achieve this. In fact he thought a university should have room for all subjects, which rather flies in the face of today’s increasingly narrowly based fields and faculties.

What specialisation doesn’t allow for is a rounding-out of the individual to the same extent. And a common gripe of today’s employers is that well-qualified graduates on paper often lack life and interpersonal nous. In response, business schools and management colleges now find themselves adding the soft skills a wider education would have taught in passing to the formal curriculum.

Epstein says one of the best predictors of who will rise to executive heights in business is the number of different functional roles someone has had within an industry.

He also argues that the degree of segregation within the banking system partly contributed to the “catastrophic whole” of the global financial crisis. Because everyone is digging deeper and deeper into their own trenches, they are not standing up to look at what’s happening in others. As he puts it, the drive to specialise “infects not just individuals, but entire systems, as each specialised group sees a smaller and smaller part of a large puzzle”.