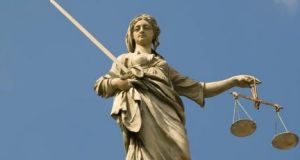 Mr Justice Donal O’Donnell says the Workplace Relations Commission’s jurisdiction is limited to disputes over pay and dismissals. This, his ruling states, is permitted under Article 37 of the Constitution. Photograph: Getty Images

Trade unions, employers and various statutory bodies will be relieved by news that the Supreme Court on Tuesday rejected a test-case challenge that the State’s system for resolving workplace disputes is unconstitutional.

Tomasz Zalewski, who took an unfair dismissals claim after losing his job as a supervisor at Costcutter on Dublin’s North Strand, argued that Part V of the Workplace Relations Act, 2015 was contrary to the Constitution.

His lawyers said that when the Workplace Relations Commission (WRC) ruled on staff-employer disputes, it was administering justice, a role Article 34 of the Constitution reserved for courts and judges. A four-to-three majority of the seven-judge Supreme Court rejected this.

One lawyer, who was still digesting the 100-page majority ruling late on Tuesday, said it was hard to know what the precise consequences for the WRC would have been had Mr Zalewski succeeded.

However, he suggested it could have had far-reaching implications for not just the WRC, but organisations including the Data Protection Commission and the Residential Tenancies Board.

All these bodies adjudicate on disputes that involve legal rights. They have procedures, hear evidence from both parties and make rulings for one side and against the other. But they are not courts, so a successful constitutional challenge to the WRC could have left other agencies vulnerable to a similar claim.

While the High Court rejected Mr Zalewski’s argument on the grounds that the WRC could not enforce its rulings, the Supreme Court takes a different tack.

Mr Justice Donal O’Donnell’s written judgement agrees that the commission is administering justice. But he says its jurisdiction is limited to disputes over pay and dismissals. This, his ruling states, is permitted under Article 37 of the Constitution.

The Government will also be relieved. The 2105 law was meant to update an industrial and workplace relations regime that stretched back to 1977 and beyond. This would not be an ideal time to rewrite a key part of it and then have to shepherd it through the Oireachtas.

All the more so because, in a related area, last year’s High Court ruling that a law setting minimum pay for builders is unconstitutional remains under appeal to the Supreme Court. If that goes a different way it will force Government and legislators to find a new way to resolve an always difficult industrial relations problem.