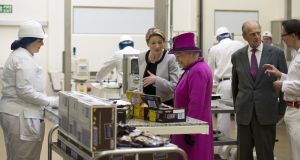 The number of Irish directors in UK boardrooms has increased 13 per cent in the last year to a record of more than 60,000, according to a report published today. The annual Foreign Directors report, commissioned by communications agency Eulogy, shows Irish directors remain the largest group of non-British nationals on UK company boards.

One in three Irish directors of British companies is a woman, a greater proportion than among those of any other nationality, including British, and an increase of 17 per cent since last year.

Among the Irish directors is Fiona Dawson, global president of food drinks and multisales for Mars Food. Ms Dawson, who moved to the UK in 2001, says emigration has helped people engage with confidence abroad.“I was very lucky to have a very strong role model in Mary Robinson when growing up – who was sharp on economic and political issues, as well as social and humanitarian issues.”

9 Graduates now earn more in Ireland than in UK, but Germany tops both