Pharmaceutical firm teams with IT Sligo for degree upskilling

GSK funds two-year science course available only to its employees 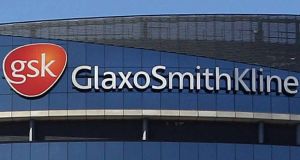 The IT Sligo course offered only to GSK employees and is fully funded by the company has been running since 2013. Photograph: PA Wire

Third-level colleges are working more closely all the time with industry to provide graduates with specific skills. Upskilling existing employees in areas of need gives the employees a chance to develop their skills while in employment.

One example of such a collaboration is the level-seven degree offered to GSK (GlaxoSmithKline) employees through IT Sligo. The two-year course,which is delivered online, has two modules covering areas where GSK are struggling to find suitably skilled people, hence the need for the employee development.

Given that GSK manufactures skin products at its facility in Sligo the, there is demand for workers skilled in colloidal science and pharmaceutical manufacturing.

“It’s an area that maybe doesn’t get a lot of focus in scientific education. The science that gets used in a chemistry degree or scientific degree touches on colloids or emulsions, but what doesn’t really get built on is how that science translates into industry,” he says.

GSK wants its employees not only to make the products but to understand the science behind them.

“When we are launching new products, we work very closely across the company, so our research and development people and the manufacturing site all need to know the science of the product,” says Dr Macpherson.

Dr Macpherson explains one of the benefits of the work-study relationship is that, from the first day, the students are able to bring back the theory from the course and use it in the workplace.

“You are not waiting for someone to finish a two- or three-year degree and then come and work for you. You are actually getting them as they are on the journey and that is huge benefit to us as the employer.

“For companies that realise they have to invest in their staff both for the company’s needs but also to retain the better talent, online learning is a very flexible medium. It doesn’t impact on their work performance. A lot of their study is done in the person’s own time, effectively.”

The cost of running such a course is only really available to the budget of large companies, as Kieran Tobin, programme manager at centre for online learning at IT Sligo, explains.

“For a college like ourselves, there’s a fair investment in validating the programme, developing it and investing in staff to run it. We would have entered into an agreement with GSK for a multiyear supply or a pipeline of students. It’s only the bigger companies that would be able to afford something like that.

“The vast bulk of our programmes would be open and we market them to all companies,” said Tobin. “This would be a little unique in that regard.”

Ireland’s lack of skilled workers comes in certain areas down to many factors. That includes the emigration of talent in recent years but the lack of interest in Stem [science, technology, engineering and maths] subjects in second-level education is also a contributing factor.

Much is being done to try to attract young people into the areas of manufacturing, engineering, financial services and IT in the future. But where does that currently leave industry? Companies seeking to educate their existing workforces appears to be a positive outcome for long-term employees, especially those with little or no previous third-level education.

A 10-year relationship with MSD’s Brinny plant in Cork and IT Sligo has proved incredibly successful and Tobin says it is encouraging to know that some long-standing, previously uneducated employees of the plant are now honours-degree graduates, something that can only be positive to the older members of any workforce.

“Some of them are in their 40s, 50s and some heading into their 60s, so they are a bit daunted at the start with technology and using the computers. But once they get into the run of it, it’s transforming their lives. They are realising the potential they have.”

This has to be a welcome change in working society, says Tobin, where we are not just looking for the young guns to enter the workforce with their up-to-date education and new ideas but ensure current employees have longevity in the workplace and a chance to develop the skills.

In the past, a need to work often trumped the opportunity of educational development, cutting short their potential. Upskilling current workforces is the future, he says.

“I think organisations are realising that the potential that they have in their people is untapped and it is very motivational both for staff and for companies. So some very interesting things are emerging in that area. The culture almost changes to one of a learning culture in an organisation rather than just purely a manufacturing one as well.”