Operating at the very highest level in the US 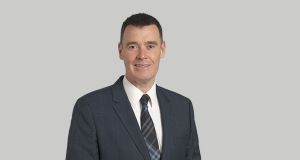 Dr Conor Delaney: “Some of the hospitals here really are the best in the world and I feel honoured and proud to be working at one of them”

While most of us were getting ready for Christmas, Irishman Dr Conor Delaney was looking forward to starting a new job as head of one of the top medical centres in the world.

Having spent much of his professional career working in the healthcare sector in Ohio, Delaney was a clear frontrunner to become the Cleveland Clinic’s new chairman. It’s a role he’s looking forward to, even if it means a little more administrative work and a little less time in the operating theatre.

“What I love doing most is surgery, so it was important for me that taking on the new role wouldn’t detract from that,” says the Dubliner who was appointed last October and formally started as chairman in early December.

“As chairman, I’ll be overseeing more than 800 employees, including 185 staff physicians and so there is some admin work, but about 40 per cent of the time I’ll be in surgery and there’s also time to do research.”

Founded in 1921, the Cleveland Clinic, which has more than 3,000 full-time physicians and 11,000 nurses, has pioneered a large number of medical breakthroughs, including the first face transplant to be performed in the US.

Dr Delaney, a colorectal surgeon and professor of surgery with more than 25 years’ experience in healthcare, first joined Cleveland Clinic in 1999 as a fellow.

But it wasn’t his first experience working in the US. Having graduated with a medical degree from UCD School of Medicine in 1989, he moved briefly to Philadelphia in the early 1990s as part of a research fellowship.

“I originally came over to to do a PhD at the University of Pittsburgh and planned to become a liver transplant surgeon. I returned to Ireland to finish my surgical training at the Royal College of Surgeons and at the end of that went back to the US as there wasn’t much in the way of suitable work at home at that time,” he says.

“I ended up at the Cleveland Clinic, which had a highly recognised colorectal programme, and spent six years working there, thinking I’d return home at some point. But the truth is life was just too exciting over here.

“I’ve always found Cleveland to be a fantastic city to live in because, with 2.5 million people, it is big enough to have all the things you might want but doesn’t have many of the issues you’d find in bigger cities such as New York or Chicago.”

Most recently, Delaney was interim chairman of the department of surgery at University Hospitals of Cleveland’s Case Medical Center and interim surgeon-in-chief of the University Hospitals Health System, while maintaining his role as surgical director of the Digestive Disease Institute.

Delaney is excited about taking over the hot seat at Cleveland Clinic’s Digestive Disease Institute and is relishing the prospect of being a part of a centre that is rapidly expanding.

“We have 10 hospitals in the Cleveland area, one in Florida and another in Abu Dhabi, which opened recently. We’re also in the process of building a hospital in London, so it is exciting that the new position isn’t solely about having the opportunity to work and influence peers and colleagues at one hospital, but it is a whole enterprise,” he says.

While he believes he might have been able to do a lot of similar clinical work in Europe had he stayed, Delaney says there aren’t really any places outside of the US that tend to do the same kind of volumes.

“Some of the hospitals here really are the best in the world and I feel honoured and proud to be working at one of them,” he says.

Delaney is still a regular visitor to Ireland but admits that, at this stage, Cleveland is home.

“Our children were aged one and three when we came over and while they might still think of themselves as Irish, they have become American. They are here for the long term and therefore so are we,” he says.