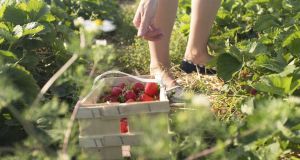 The authorities will be focusing on industries such as agriculture, aquaculture (fishing) and food processing

Labour authorities in the UK and Ireland will share detailed information to combat severe cases of cross-Border labour exploitation in a new agreement.

Previously, the Republic’s Workplace Relations Commission and Gangmasters Licensing Authority in Northern Ireland had no mandate to share information on exploitation.

The deal signed this week means data can be shared to identify and stop culprits on either side of the Border. It will target migrant labour operations where an employer imports workers into one jurisdiction before transferring them to another to avoid liability for potential workplace abuses.

The authorities will be focusing on industries such as agriculture, aquaculture (fishing) and food processing, and some cases may constitute human trafficking and forced labour, according to Workplace Relations Commission chief labour inspector Pádraig Dooley.

Under the agreement, signed at a Gangmasters Licensing Authority conference in Derby, inspectors can do joint operations and training.

Mr Dooley said the problem was not prevalent on either side of the Border but there were instances where a lack of collaboration may have left blind spots. He cites the example last year “of exploitation in Letterkenny and Sligo, and the same circle of people had premises in Northern Ireland. We weren’t able to tell our colleagues before.

The North’s Minister for Justice, David Ford, welcomed the move, saying both agencies are “better equipped to disrupt criminals”.