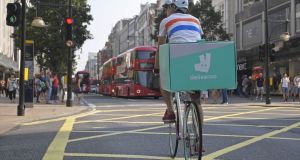 Students at Washington University were offered a new course last month, entitled Calling Bullshit on the Age of Big Data. For the past couple of decades, week in and week out, I have been calling bullshit for this publication, and so was delighted to hear my favourite pastime had made it into academia.

While this course is limited to spotting bullshit in numbers, there is an equal need for one spotting it in words, especially words used in business. What follows is an outline for a rival course aimed to fill that gap.

It starts with a definition: bullshit means nonsense, usually of a puffed-up variety that pretends to be something it is not. Sharp eyes will spot at once the difficulty in applying this to corporate life: almost everything fits the description.

Before I have even got inside my office I have tripped over a yellow plastic sign saying “Caution Wet Floor”, which is bullshit because usually the floor is not wet and, if it were, the picture of someone falling spectacularly is wildly overdoing it.

The first rule about calling corporate bullshit is not to do it too assiduously or you will go insane. I have learnt to ignore 95 per cent of it, and of the remainder ask myself two questions: What is the quality? And: How damaging is it?

I have gone through dozens of examples of bullshit that have come my way in the past couple of days and picked three that are worth calling. The first is a branding document produced for a new Pepsi logo in 2008, and resuscitated last week on Twitter. With diagrams comparing the Earth’s magnetic fields to “Pepsi energy fields” and text that reads: “The Pepsi DNA finds its origin in the dynamic of perimeter oscillations” – it is grade A, unadulterated BS. But on the second question, whether it was damaging, the answer is no. Pepsi changed its logo and carried on selling its brown sugar-water around the world willy-nilly.

Even so, bullshit like this deserves to be called both for its exceptional quality, and because doing so might encourage its perpetrators to have a dark night of the soul in which they wonder what on earth they are up to.

Exhibit two is a document from Deliveroo on its preferred language for describing the poor sods who cycle round with other people’s smelly takeaways on their backs. The memo bans “employees”, replacing it with “independent suppliers”, and forbids “pay” and “hiring” preferring “invoices” and “onboarding” instead.

On the quality measure this bullshit is tame. “Independent supplier” and “invoice” are innocuous, and “onboarding”, though regrettable as a gerund, especially with no boat in sight, is so common there is little point in protesting.

But on the measure of harm, Deliveroo’s memo is wicked. It knows that if people used the ordinary words “employee” and “hire”, they might make the mistake of thinking they were due ordinary things like holidays and sick pay, which Deliveroo doggedly denies them.

The third example comes from Jim Norton, who has the delightfully bullshitty title of chief business officer, president of revenue at Condé Nast. Last week he outlined his new strategy to all staff in a memo that began “Team” and proceeded with a stream of corporate nonsense about playbooks and journeys and wide arrays of differentiated solutions. It glossed over sackings as “hard personnel decisions”, only to declare the new corporate plan: “Condé Nast One”.

For companies to claim themselves “one” is standard bullshit – it is a cliché and a lie, given the inevitable number of vested interests in any organisation. If Mr Norton were in the motor trade or banking, I might let this pass. Yet Condé Nast publishes Vanity Fair and The New Yorker, where standards of editing are so exacting that one of the latter’s editors has written a whole book based on the correct placement of a comma.

Mr Norton may well bang on about the “heritage of quality journalism”, but had he asked his staff to edit his battle cry: “We will all transition this business together”, they would surely have told him transition was ugly as a verb, but as a transitive one was a monster. He did not ask; what his staff did instead was read the memo, call it, and forward it to me.