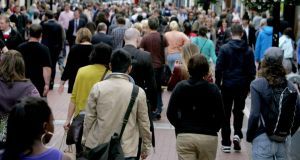 The study also shows that people willing to work in Ireland from another country are generally educated, experienced and often moving from big companies of 200 employees or more

Irish people have the highest level of international work experience, according to a new survey of 200,000 people from 70 countries.

The study shows that 91 per cent of Irish citizens have worked abroad, of which 23 per cent said they had also studied abroad or spent time overseas as an intern. The UK has the second highest number of people to have worked abroad at 88 per cent, followed by the Phillipines (87 per cent), India (86 per cent) and Slovakia (85 per cent).

The US ranked as the top country for Irish people to work in, followed by the UK; Canada; Germany; Switzerland; France; Australia; Spain; Italy and New Zealand.

Motivation of the local workforce in Ireland is also relatively high, the survey shows. Ireland ranking 17th out of 70 countries in terms of motivation, ahead of Canada, the US, the UK, France and Denmark. However, at 87 per cent, it lagged behind the leading countries such as the Philippines at 96 per cent and Saudi Arabia (93 per cent), the US (92 per cent) and Germany (89 per cent).

The Global Talent report, which is published by IrishJobs.ie and conducted by the Boston Consulting Group, shows that 18 per cent of Irish people going to work abroad plan a stay of 3 years, placing Ireland in 21st place in terms of desired length of stay. A further 50 per cent of Irish people said plan to stay away for between 3 and 10 years with 33 per expecting to go for more than 10 years.

Approximately 36 per cent of the 2,000 Irish people surveyed for the study said they are willing to work abroad with 14 per cent already doing so. Three in 10 of those surveyed in Ireland said they are open to opportunities abroad with one third of them having previously applied, interviewed for a job abroad or received a job offer.

“The Irish workforce has always been mobile, in good times and bad. In 2015 hiring companies in Ireland will need to be committed to retaining as much talent as possible, while attracting international talent to fill the skills gaps that need to be filled for us all to prosper,” said Christopher Paye, general manager for IrishJobs.

The study also shows that people willing to work in Ireland from another country are generally educated, experienced and often moving from big companies of 200 employees or more. The report also reveals that more than half of those willing to relocate to Ireland are in management or senior management positions.

The highest numbers of people willing to work in Ireland from abroad were from Portugal; Finland; Poland; Spain; France; the US and the UK. Almost 4 in 10 were actively looking for work, with 36 per cent open to opportunities.

Key sectors attracting workers from overseas were engineering and technical (11 per cent); IT and Telecoms (10 per cent); Sales and Purchasing (10 per cent); general management (7 per cent) and administrative roles (6 per cent).