Trust and transparency in the new ‘sharing economy’

What level of responsibility should Airbnb and Uber take for customer behaviour? 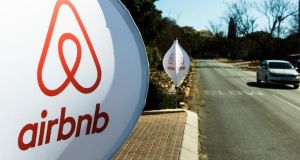 Airbnb has a general reputation of working with authorities to ensure that regulations are honoured and that its hosts are aware of legal obligations and local regulations. Photograph: Waldo Swiegers/Bloomberg

The accommodation letting company Airbnb made Irish headlines this month by agreeing to share information with the Revenue Commissioners. Airbnb hosts who have provided their private accommodation for hire will have their details forwarded by the company to the tax authorities, who in turn may presumably make enquiries about any undeclared rental income.

Airbnb has a general reputation of working with authorities to ensure that regulations are honoured and that its hosts are aware of legal obligations and local regulations. In some cities – for example Amsterdam, San Francisco, Portland and soon Paris – Airbnb actually collects local accommodation taxes on behalf of the respective municipal authorities. Elsewhere – in cities such as Barcelona, Berlin and New York – Airbnb has faced opposition and even fines from city authorities opposed to short-term lets within private properties. Nevertheless, the company claims to be working with the appropriate regulators to find pragmatic solutions, if necessary working to amend legislation where appropriate. Airbnb’s cooperation with the Irish revenue authorities thus appears consistent with its general corporate values.

Airbnb is an example of a company in the “sharing economy”. Many Dubliners may point to Dublinbikes, launched in 2009, as their introduction to the new sharing economy. However, the previous year, Gocar launched in Cork the first short-term borrowing of cars in Ireland. Gocar expanded to Dublin in 2010, and in Dublin its cars can now be parked in all public areas without having to pay any parking fees. An alternative to short-term borrowing of a car is to share a ride with someone else: there are at least half a dozen apps and web sites offering such car pooling services across Ireland.

Our consumer society encourages “spend, spend and spend”. Shopping is an international preoccupation. The sharing economy offers a different emphasis, with re-use of assets rather than outright ownership – most start-ups in the sharing economy are focused on hiring, leasing, letting and renting various assets. Bartering and moneyless transactions are also certainly a part of the philosophy of a sharing economy, but in practice few start-ups are interested in bartering or zero-finance transactions.

Investors demand business models that generate revenue. The sharing economy is dominated by marketplace start-ups which match the availability of some service or product for hire, at a specified cost with a margin taken by the company concerned, with willing consumers.

Concurrent with the Irish interest in Airbnb’s relationship with the Revenue Commissioners, on August 14th the New York Times also wrote about Airbnb. A mother in Rhode Island was distraught to receive text messages from her 19-year-old son who had been locked inside a Madrid apartment where he was staying by his Airbnb host. The host was threatening her son with a knife unless her son would submit to a sexual act.

When she called Airbnb in the USA, the company reportedly refused to give her the address in Madrid. Instead, they gave the number of the Madrid police and told her to ask the police to call the company for the address. However when she called that number, she was given a message in Spanish and then disconnected. Further calls back to Airbnb reputedly led only to a voice mail service.

Airbnb has faced allegations of rape by certain hosts in the past, with at least one resulting jail sentence. Horrific incidents and assaults have also been alleged against certain drivers of both Uber and Lyft, two ride-sharing companies.

As private assets are shared with complete strangers, what obligations should there be on the intermediary company managing the marketplace concerned? Uber, for example, asserts in its terms of service that it has absolutely no liability whatsoever for the behaviour of third parties, and that in using any services offered by a third party it is entirely at each consumer’s risk and judgement. Are such terms acceptable ?

Municipal, city and national authorities are engaging with companies operating in the shared economy, not least now our own Revenue Commissioners with Airbnb. While fiscal and taxation concerns are no doubt a public duty, it is even more important for policy leaders to extend legislation where necessary to ensure that the public can safely use the services of the new shared economy, and that companies so operating are regulated and liable for public safety.