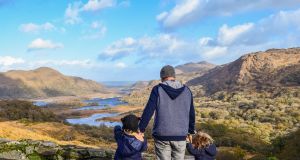 The taskforce advising the Government on a revival of the tourism industry has recommended adjustments to the school calendar to lengthen the time available for Irish families to holiday at home on “staycations”.

Despite mounting pressure on the Government from certain quarters to reopen schools early, the Tourism Recovery Taskforce has asked Ministers to “delay the school reopening to the week beginning August 31st... [to] allow the domestic holiday season to maximise August”. This is effectively the first week of September, which begins Monday, August 31st.

The taskforce has also recommended that the week traditionally designated in October for mid-term breaks be changed, giving schools the option of taking one of two separate weeks. This would effectively stagger mid-terms to “facilitate families wishing to holiday in Ireland” by spreading out demand to give the industry a double mid-term boost.

The Government’s tourism group has also formally recommended that hospitality businesses be allowed to implement one-metre social distancing, instead of the two metres currently envisaged. This would give bars, restaurants and hotels greater capacity while still adhering to World Health Organisation guidelines.

Other recommendations include accelerating the reopening of bars and restaurants under the State’s phased economic reopening plan.

It has asked for the phase-four reopening of hotels and attractions, currently slated for July 20th, to be brought forward to phase three, June 29th.

It wants pub reopenings to be accelerated from phase five in August to phase four (July20th). It also wants people to be allowed travel freely around Ireland from June 29th.

Other recommendations include axing the two-week quarantining period for incoming tourists from “safe” countries, as well as a VAT cut to boost operators.

“As a group we fully respect the need to maintain appropriate public health measures. However, we would not be doing our job properly if we did not alert Government as to the importance of these issues in the short term.

“By taking these additional steps now the Government would be saving so many businesses and preserving jobs in Irish tourism.”

1 Majority of employees don’t want to return to pre-Covid working patterns
2 Homeworking is depriving me of juicy gossip
3 Primark rejects £30m bonus for bringing back staff
4 If tourists are such pariahs should we not be testing them on arrival?
5 Investors in Irish solar energy fund in line for €20m payout
6 The $6bn judgment pitting Nigeria against Irish businessmen
7 Tobacco giant’s menthol-ban substitutes take 5% share of Irish market
8 ‘My rent here is so low it’s a joke’
9 Varadkar and Donohoe to meet banks to discuss mortgage breaks
10 Government should set a benchmark for any permanent increases in spending
Real news has value SUBSCRIBE