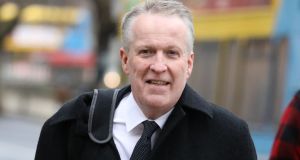 Two senior Ryanair employees have told the High Court that outgoing chief operations officer Peter Bellew was “slow” to make decisions on issues raised with him. Adrian Dunne and Neal McMahon, who are directors of operations at Ryanair, told the court they had both reported to Mr Bellew before he announced he was leaving the airline.

In his evidence, Mr Dunne told Martin Hayden SC, for Ryanair, that Mr Bellew had not signed off on decisions to make salary increases for airline managers based at Stansted.

Issues concerning important capital expenditure in Spain which he had raised with Mr Bellew were not raised at meetings attended by the airline’s senior managers, known as Zs, he also said. Mr Bellew informed him these issues were under consideration by Ryanair group chief executive Michael O’Leary, he said.

Mr Dunne said that, after some time, he had raised the issues directly with Mr O’Leary, who claimed he knew nothing about them and then made decisions on the issues raised.

Under cross-examination by Tom Mallon, for Mr Bellew, Mr Dunne disagreed that Mr O’Leary knew about the issues including the proposed pay increases and had “sat” on them.

Mr Dunne agreed he had written the first memo concerning issues he had with Mr Bellew after it was announced Mr Bellew was leaving the airline.

Mr McMahon said he too had raised issues about the time it took Mr Bellew to make a decision. He said, after waiting for several weeks, he also went directly to Mr O’Leary after he sought to have pay increases improved for important staff involved in the training of pilots. Mr McMahon’s cross-examination by John Rogers, for Mr Bellew, began late on Tuesday and will continue when the case resumes on Wednesday.

Ryanair has sued Mr Bellew arising from his decision to take up employment with EasyJet next month. Mr Bellew denies Ryanair’s claim that he cannot commence work with what it considers to be its main rival in the low-fares aviation sector because of a 12-month non-compete clause in his contract of employment.

Earlier on Tuesday, in reply to a question from Mr Justice Senan Allen, another Ryanair executive, Eddie Wilson, the airline’s former head of people and the current Ryanair DAC chief executive, said he was one of eight senior executives in the organisation known as Zs. He said the Zs have meetings every week, which are attended by Mr O’Leary.

When asked if Mr O’Leary could be described as the airline’s “capo di tutti i capi” or boss of bosses, he said he “would not necessarily agree with that particular description”.

At the conclusion of Tuesday’s hearing, the judge warned that the longer the case took, the lesser the chance that the court would be in a position to give its decision before Christmas.

1 State subsidises public sector retirees to cover gap until State pension
2 Who are Ireland’s 17 billionaires?
3 My father in a nursing home wants to gift me his house
4 Trump holds America up as ‘example for the world’
5 Are there annual limits on inheritances or gifts to a child?
6 Countries that fail to attract immigrants will lose out – Microsoft chief
7 Nama lends Cosgraves €15m to fund huge apartment development
8 Corporate tax change is inevitable, says Donohoe
9 Cubic Telecom raises more than €11 million in funding
10 Protect yourself against accidents on your property
Real news has value SUBSCRIBE