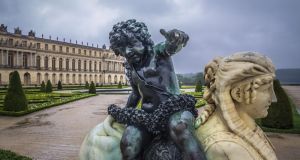 Cherub and sphinx statue in the gardens of the Palace of Versailles near Paris.

If you’ve travelled abroad this summer, you may have handed over some of your hard-earned cash at one of the world’s leading tourist attractions. You may also have visited some of our own cultural and historical delights, either as part of a “staycation” or additional holiday.

But where did you feel most out of pocket?

Ireland is an undoubtedly an expensive place to experience for tourists. Last year Ireland slipped down the rankings in the World Economic Forum’s global tourism “competitiveness” rankings, in 23rd place, far below the likes of Spain and the UK. And remember the outcry when a New Zealand professor criticised Dublin as being a “rip-off” for tourists?

It’s not just your pint of the black stuff or cost of your hotel room that can add up; visiting on your own, or with your family, many of Ireland’s most popular tourist attractions can also put a severe dent in your wallet. Particularly when you consider how they compare with other international attractions.

It’s hard to compare, or consider, how much an attraction is worth. What price, for example, experiencing the wonder of Michelangelo’s genius on the roof of the Sistine Chapel, or the fear Anne Frank must once have felt in her hiding place in Amsterdam?

Consideration should also be given to economies of scale, and how many visitors – and therefore revenues – a site might attract. Rome’s Colosseum, for example, gets about seven million visitors a year, while Notre Dame in Paris will get more than 13 million and the Eiffel Tower more than six million.

Nonetheless, there are still some Irish attractions that might cause you to raise an eyebrow when you look at the comparative cost of attractions elsewhere in the world.

Like Bunratty Castle & Folk Park for example. While it undoubtedly offers a fun day out for the family, with attractions including the castle, fairy village and a living reconstruction of Ireland as it was 100 years ago, at a cost of €15.25 per adult, or €51.50 for a family of four, it is not cheap.

A family of four will get to the iconic Chateau de Versailles outside Paris, which offers a visit to the palace, including the iconic hall of mirrors, gardens, as well as the Trianon estate, most famously associated with Queen Marie-Antoinette, for just €40.

At Powerscourt, you’ll have to pay €6 per adult or €16 for a family of four to enter the site, which might seem a bit steep

What about a visit to the Powerscourt Waterfall, in Co Wicklow? It’s Ireland’s highest waterfall, with 121m of cascading water, but this pales against the wonder of somewhere like the Niagara Falls in Canada, which, as a state park, is free to enter – even if you may end up paying an arm and a leg for additional attractions there.

At Powerscourt, you’ll have to pay €6 per adult or €16 for a family of four to enter the site, which might seem a bit steep. A better idea perhaps might be to walk through the woods to see the waterfall from above – for free.

And you can also feel shortchanged at the Cliffs of Moher in Co Clare. While everyone has a right to visit the cliffs for free, you’ll have to get there first, and the site now charges €8 per adult (€4 for online bookings) for those parking and for access to the interpretative centre.

One reason why popular tourist sites can appear more keenly priced abroad is because many state attractions in countries like France or Italy are free for under-18s.

At the Louvre museum in Paris for example, everyone under the age of 18 can get to admire the Mona Lisa or wonder at its Egyptian mummy collection for free. If you’re aged between 18 and 25, and live in the European Economic Area, which includes the EU, Norway, Iceland and Liechtenstein, you also won’t have to fork over any money.

It’s the same story in Italy, with under-18s free at a host of attractions including the Colosseum.

You can also watch out for free entry to these museums and attractions on particular days of the month. In Italy, for example, it’s typically the first Sunday of the month, while in Greece, you can get free access to the Acropolis in Athens every first Sunday from November 1st to March 31st, as well as the last weekend of September.

You will find that many Irish State-owned attractions are free for all the family. Consider the National Gallery for example. Yes, tickets for special exhibitions at the National Gallery can appear steep, but the gallery has a wealth of art, including its famed Caravaggio, The Taking of Christ, to be admired any day of the week for free.

No wonder that this was the most visited free tourist attraction in Ireland last year, with more than one million visitors.

It’s not the only free attraction either. The National Museum, which has four sites across the country, including the National History Museum on Merrion Square, also offers free entry for the entire family, as well as a number of talks and tours. For example, at the National History Museum on August 18th zoologist Sarah Sarsfield will give a talk on stories from the Dead Zoo, answering questions such as what animal on display has plastic horns and who has the largest antlers in the world?

Also worth considering is the Heritage Card, if you plan to visit a number of sites operated by the Office of Public Works. Available at €40 for an adult, or €90 for a family with up to five children, this gives you free admission to all fee-paying, State-managed OPW Heritage Sites located throughout the country for one year.

These include Kilmainham Gaol, Newgrange and Knowth (World Heritage sites in the Boyne Valley) and Kilkenny Castle.

Free Pass: Get a hit of culture before the summer ends at these free sites

Glendalough (have to pay for parking)