Rebuffing Willie Walsh over Aer Lingus would be wise

Opinion: Christoph Mueller has shown Aer Lingus can prosper with the right strategy 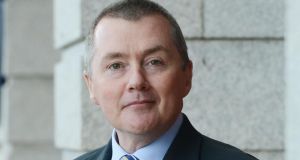 So Willie Walsh wants to acquire Aer Lingus, despite numerous protestations to the contrary over the past nine years.

His timing looks good. Aer Lingus is effectively without a chief executive now that Christoph Mueller is set to depart for Malaysia Airlines.

Its shareholders recently gave the green light to a €190 million payment to sort out the pension saga that has been rumbling for more than four years. Walsh wouldn’t have wanted to inherit that headache.

And the Competition Commission in the UK has told Ryanair that it must sell down its holding in Aer Lingus to 5 per cent from the current 29.8 per cent level.

Michael O’Leary has appealed this decision to the UK Court of Appeal but he could be fighting a losing battle.

The planets look perfectly aligned for a takeover of Aer Lingus by International Airlines Group, the overarching parent of BA, Iberia and Vueling.

Why does Willie want to buy Aer Lingus?

Set aside any sentimentality. Walsh might have spent years at Aer Lingus, latterly as chief executive, but this is all about doing the right thing for IAG.

Walsh covets Aer Lingus’s 23 Heathrow slot pairs and more transatlantic traffic. The Irish airline is the number three slot holder in Heathrow, with only BA and Virgin holding more. You’d have to presume that IAG would switch (probably after a suitable period of time) some of the Aer Lingus Heathrow slots to its own transatlantic operations, where it could make more profit than on the Dublin to London route.

In addition, some 30 per cent of Aer Lingus’s transatlantic traffic out of Dublin to North America is originating from other airports in Europe, much of it from UK regional locations. This makes Dublin one of the biggest second-tier hubs in Europe and it is traffic that BA would like to capture.

At present, both Aer Lingus and BA fly on the Dublin-to-Heathrow route. They also compete head-to-head on Belfast to Heathrow. It might be forced to surrender some of these services to competitors but a takeover of Aer Lingus would give IAG control of one of the busiest air corridors in Europe.

Heathrow is a hugely important gateway to the world for Ireland. Last year, services to Heathrow from Dublin, Cork and Shannon generated traffic of 2.31 million passengers.

About one-third of the traffic from Dublin into Heathrow is connecting to other destinations. This figure has remained steady over the past decade in spite of double daily services now being offered into hubs in Dubai and Abu Dhabi by the Middle Eastern carriers.

In many ways, the Heathrow slots are like gold bars for Ireland and the IDA as it seeks to sell the country to foreign investors. Particularly for Shannon, where access is so crucial to the economy of the mid-west.

When Are Lingus floated in 2006, a special provision was stitched into its articles of association that meant the State could use its 25 per cent shareholding to block the disposal of Heathrow slots by the airline.

This didn’t stop Aer Lingus reassigning the Shannon to Heathrow slots to Belfast when Dermot Mannion was in charge. Who’s to say that IAG wouldn’t do the same thing?

And once the slots are gone, they’re gone forever.

The Government could seek a legal agreement around the slots in return for its support of a sale of Aer Lingus to IAG but, in the long run, this might not be be worth the paper it’s written on.

There’s a narrative that says Aer Lingus will inevitably have to be part of a consolidation play in Europe. That it can’t survive on as an independent airline.

Why not? Christoph Mueller has shown that with the right strategy, Aer Lingus can prosper.

It is well run, profitable, well capitalised and has a youngish fleet. It is highly respected from within the aviation world.

The latter price would value the airline at €1.39 billion and net the Government about €347 million. It would be a handy pay day but it’s the equivalent of just one day of public sector pay and pension costs.

Would this justify selling Aer Lingus to a foreign airline? Ironically, it would require the support of bitter rival Ryanair to keep out of foreign ownership. A bid of around €2.45 a share would mean Ryanair could walk away from Aer Lingus with its money back. But a sale of Aer Lingus to a British rival is sure to chafe with O’Leary.

IAG looks well positioned to pounce on Aer Lingus in the new year. That doesn’t equate to being the right thing for Aer Lingus.