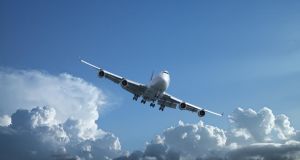 Irish regulators have allowd Norwegian Air Shuttle to establish a long-haul subsidiary in the Republic that will serve destinations in the US and Far East from Europe.

Irish regulators have given Norwegian Air Shuttle the green light to establish a long-haul subsidiary in the Republic that will serve destinations in the US and Far East from Europe.

The Irish Aviation Authority issued a subsidiary of the Scandinavian low-cost carrier with an Air Operator’s Certificate (AOC) yesterday.

Fellow watchdog, the Commission for Aviation Regulation also granted it a permit.

The decisions mean the airline can transfer the administration of its recently launched long-haul business to Norwegian Air International, a subsidiary it established in the Republic with offices in Dublin. It will not, however, operate flights from Dublin.

The move is likely to spark anger among pilots’ and aviation workers’ unions in both the US and the group’s home country, which claim Norwegian only wants to base the operation here because it will be allowed to employ low-paid Asian and American crew on its craft.

However, the company denied this in a statement and pointed out that it would be possible to do this in most European countries, except Norway and Denmark.

Norwegian said it chose the Republic because it was in the EU and because of the fact that the Government was adopting part of an international agreement, the Cape Town Convention, that would provide the new airline with better financing conditions than other European countries that have not signed up to this deal.

“As well as offering one of the highest ranked civil aviation authorities in the world, Ireland is also a considerable cluster for the aviation industry; major leasing companies that Norwegian co-operates with have offices in Dublin,” the company said.