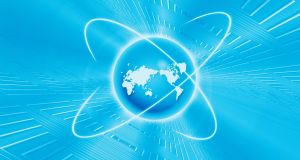 Tens of thousands of pilots, ground staff and cabin crew depend on Arconics software to safely and efficiently operate aircraft

The deal, unveiled this week, builds on Arconics’s existing partnership with ViaSat, mainly in the provision of wireless in-flight entertainment that relies on wifi on airlines. The terms of the transaction were not disclosed.

Arconics is registered in Ireland as Aerodocs Ltd, which was set up in 2010. However, the team, headed by chief executive Niall O’Sullivan, has been involved in aviation software since 2001.

Tens of thousands of pilots, ground staff and cabin crew across airlines including Qatar Airways, Aer Lingus, Philippine Airlines and Tigerair Australia depend on Arconics software to safely and efficiently operate their fleets.

“We believe combining our strengths with Arconics will position ViaSat to be the market leader for connectivity, passenger services and flight-deck applications and operations,” said Don Buchman, vice-president and general manager of ViaSat’s commercial mobility business.

More than 30 Arconics team members will join ViaSat, including Mr O’Sullivan and chief commercial officer Fergal Murray. It will retain its base in Dublin and office in Sydney.

IBI Corporate Finance and law firm Byrne Wallace advised Arconics, while solicitors at Arthur Cox are understood to have worked with ViaSat.