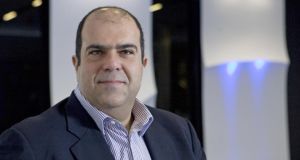 Easyjet founder Sir Stelios Haji-Ioannou plans to list his budget hotel chain on the stock market, the first flotation the tycoon has attempted since his airline floated in 2000.

His easyHotel business, which currently runs 20 hotels, wants to raise £60 million to fund expansion. Part of the cash raised will be used to repay a shareholder loan — believed to be a sum of £5-£10 million from Sir Stelios.

However, the move comes as investor appetite for flotations shows signs of cooling after shares in over-50s focused holidays-to-insurance group Saga were priced at the bottom of their expected range and fashion chain FatFace shelved plans to go public.

Easyhotel, which was founded in 2004, said it wants to use the cash to build more wholly-owned hotels around the world. The firm currently runs two hotels it owns, as well as having 17 franchised units. It operates in cities such as London, Dubai, and Johannesburg as well as Sir Stelios’s native Cyprus.

Sir Stelios said: “I see easyHotel as one of the best, most natural extensions of the easy brand from the airline. Easyhotel is raising money to accelerate growth at a much faster rate than I could have grown it as a private company.”

The business said Sir Stelios will retain a “significant minority stake” in the firm, believed to be around 35 per cent, once it has gone public. Easyhotel is set to float on London’s junior AIM market, but is yet to set out a timetable or release detailed pricing plans.

Easyjet was founded by Stelio in 1995, floated five years later, and last March entered the FTSE 100 Index as one of the largest UK-listed companies. Sir Stelios and his family control a near-35 per cent stake in easyJet.