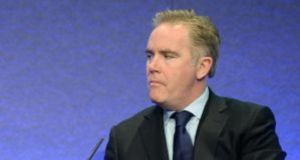 Irish aviation lessor Avolon is to be acquired by Bohai Leasing in a transaction valued at $7.6 billion.

Avolon said last month it had agreed with the Chinese company to enter exclusive talks about a possible acquisition of the company for $32 a share, or just over $2.63 billion.

The Dublin-based company, which is run by aviation industry veteran, Dómhnal Slattery said it is being bought at a price of $31 per share. This represents a 31 per cent premium on Avalon’s closing price of $23.73 on July 13th when Bohai first announced its intention to acquire a 20 per cent stake in the group.

It also represents a 55 per cent premium to Avolon’s initial public offering at US$20 per share in December 2014.

Taking the Dublin-based company’s $5 billion debt into account, it puts its overall enterprise value at $7.6 billion.

Headquartered in Ireland, with offices in the United States, Dubai, Singapore and China, Avolon provides aircraft leasing and lease management services. The group, which is listed on the New York Stock Exchange, has an owned, managed and committed fleet of 260 aircraft serving 56 customers in 33 countries.

“.Avolon has delivered remarkable growth over the past five years to become a leading industry franchise with a distinct business model, and the company is a strong complement to our existing investment in the aircraft leasing sector,” said Chris Jin, chief executive of Bohai.

Bohai said on Friday it was increasing its deposit by $100 million to $350 million, which represents approximately US$4.25 per Avolon common share and is payable if the transaction is not consummated.

Bohai has already paid a deposit of $75 million and will pay a further $2000 million today with a final payment of $75 to be paid on September 15th.

The transaction is expected to close by the first quarter of 2016.

“Avolon has delivered significant returns for all shareholders and we believe Bohai are the right shareholder for the Avolon business in the next stage of growth,” said chairman Denis Nayden.

“We believe Bohai will enhance Avolon’s profile, positioning and relationships in the Chinese aviation market - a market which we believe offers one of the most compelling growth opportunities in global aviation over the next two decades,” he added.