Avolon reports decline in number of aircraft it owns and manages 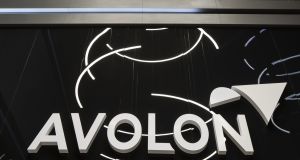 The number of aircraft owned and managed by Irish lessor Avolon fell by 5 per cent to 553 in the first quarter from 570 a year earlier.

In an update to investors, the leasing company said it had total orders and commitments for 398 new aircraft in the quarter, versus 333 for the same three months in 2018.

The number of airline customers Avolon has rose to 156 from 150 over the same period.

Overall the company sold 20 aircraft during the quarter, which includes the sale of 10 regional planes.

The Irish Times reported this week that Hong Kong developer CK Asset Holdings is open to bidding for HNA’s stake in Avolon.

1 Over 400 complaints from migrant workers at meat plants lodged with WRC
2 Coronavirus: We must save lives but we also need to live
3 Avoca warns of redundancies due to coronavirus
4 Companies without tax clearance shut out of Covid wage subsidy
5 Staff at Dublin and Cork airports to vote on work practice changes
6 Taxi app Free Now blames ‘technical issues’ for driver payment delays
7 Grounded Aer Lingus pilots develop fix for turnaround glitches
8 Moving in and out of lockdown is a recipe for economic disaster
9 Euro zone government bonds sell off for fourth consecutive day
10 Ufurnish: ‘It’s like Skyscanner, but for furniture’
Real news has value SUBSCRIBE