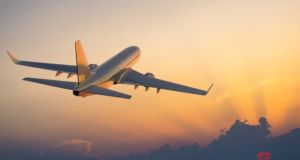 Irish aircraft leasing specialist SMBC faces a delay in the delivery of 30 Boeing 737 Max planes while their manufacturer tackles safety issues that forced the worldwide grounding of the new model this year.

Chief executive Peter Barrett confirmed that SMBC faces delays in receiving 30 of the 737 Max scheduled for delivery to the Irish company this year which it would then have leased to airlines.

“It will have some impact but we have planned for that and we are managing our business accordingly,” he said.

Mr Barrett stressed that the main issue was that Boeing dealt with the problems so that the craft could be allowed fly again.

Regulators grounded the 737 Max following two crashes tied to suspected software problems. Airlines and aircraft financiers believe Boeing will have resolved this to the safety watchdogs’ satisfaction some time this year.

In the interim, Mr Barrett noted that some airline customers were extending leases on craft such as the Boeing 737-800s that they have already leased from SMBC.

SMBC’s aircraft assets were $11.9 billion at the end of the year, up from $10.3 billion a year earlier. The company said it was focusing on active portfolio management with the placement of 47 aircraft from its order book, the sale and leaseback of 40 aircraft and the sale of 30 aircraft.

In December 2018, SMBC put in an order for 65 A320 neo family aircraft for delivery between 2023-2025, a decision that the company said highlighted its commitment to future growth.

The company also had a recent capital injection of $1 billion, with a further $500 million bond issuance in April.