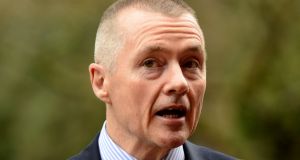 Aer Lingus owner IAG has been added to stockbroker Davy’s list of “top picks”, with analysts predicting it is likely to pursue the acquisition of Norwegian Air Shuttle.

In a note on Monday, Davy said IAG, which also owns British Airways, was being added to its “conviction list” based on earnings growth, cash generation and the upside potential from the acquisition of Norwegian.

“Our 900p price target implies circa 30 per cent upside from current levels,” it said.

“We believe that it is the only network airline in the US or Europe that will grow earnings this year. This growth is driven by a combination of better non-fuel costs and a more favourable yield environment.

“Cash generation and shareholder returns are fundamental features of the IAG story. Absent acquisitions, we estimate the company can generate free cash flow of almost €9 billion over the 2019-2022 period.

“This provides it with a variety of shareholder value-enhancing options, including further capital returns to shareholders and other growth opportunities.

“We believe, however, that IAG is likely to pursue the acquisition of Norwegian Air Shuttle.”

Davy said the deal would provide IAG with a number of “strategic benefits” in terms of transatlantic routes as well as in its short-haul network in northern Europe.

“We believe the deal could generate synergies of up to €320 million and could add 100p to IAG’s share price,” it added.