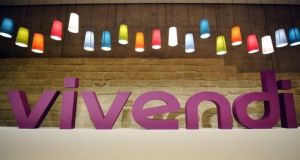 Vivandi is hoping to make Dailymotion a ‘world-size player’, according to reports in Le Monde.

The report followed a statement from Hong Kong conglomerate PCCW that it had ended talks to form an alliance with Dailymotion, citing the French government’s desire to see the video-sharing site remain in European hands.

“The French government’s preferred search for a European solution discourages international companies’ participation,” PCCW said. Vivendi declined to comment and no one at Dailymotion was immediately available to comment.

Le Monde said Vivendi’s offer would be discussed at a board meeting on Tuesday. “Vivendi’s ambition is to make Dailymotion a world size player,” Le Monde quoted an unidentified source as saying.

Orange has been looking for a partner for more than a year to help Dailymotion expand internationally to try to compete with Google’s YouTube.

The French government, Orange’s biggest shareholder with a 25 per cent stake, said it was never hostile to the talks but had asked Dailymotion to not enter into exclusive discussions with PCCW before contacting all interested parties.

“Orange pursues discussions and works towards submitting to the board in due time solutions that are being considered,” France’s economy ministry Emmanuel Macron said.

Mr Macron last week said Orange should look at all offers for Dailymotion as France was seeking to promote a strong European digital sector. In 2013, Orange was in talks to sell all or part of the site to Yahoo but the French government scuppered the deal over concerns about a promising start-up getting snapped up by a US giant.

Vivendi is facing pressure from US hedge fund P. Schoenfeld Asset Management to increase the company’s planned payout to shareholders from a €35 billion cash pile amassed from a series of disposals.