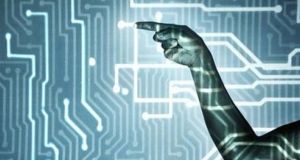 The Dublin-based company, which is seeking to double turnover to €200 million by 2020, last year confirmed a €90 million investment from London-based Volpi Capital in April 2017 as it looks to rapidly grow turnover and staff numbers.

Total dividends amounted to €4.6 million as against €3.3 million a year earlier. Almost €11 million was credited to reserves.

Version 1 was founded in Dublin in 1996, and now has a 1,100-strong workforce in Britain and Ireland, with offices in Dublin, Belfast, Cork, Edinburgh, Manchester and London. Partners include Microsoft, Amazon and Oracle.

The company took on its first external equity investment in 2014, and used it to grow internationally through acquisitions into the UK where it has grown revenues from near zero to over €30 million. Much of this growth has been achieved through acquisitions that have included deals for the Rocela Group, Patech and BMS Software.

Overall, the company has made six UK acquisitions over the last five years, the most recent of which was London firm Cedar Consulting, which it acquired for an undisclosed sum in June.

The group is forecasting revenues of about €120 million for fiscal 2018 with Cedar expected to contribute about €6 million to total turnover.

According to the latest accounts, the average number of employees totalled by the group stood at 730 at the end of last year, up from 624 in 2016. Staff costs, including salaries, rose to €56.9 million from €47.2 million with directors’ remuneration totalling €862,302 (excluding pensions).

The accounts show lead subsidiary Version 1 Software Limited reported a pretax profit of €10 million in 2017, up from €9.4 million in the prior year. Revenues rose from €58.9 million to €66.4 million.

According to the documents, Version 1 Software paid a purchase consideration of €4.6 6 million for Beoley Mill Software, a company it acquired in 2016. This included goodwill of €2.4 million. The new unit contributed €10 .1 million towards revenues last year.