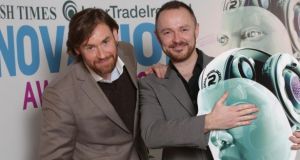 VStream, an Irish digital marketing specialist which focuses on high-end, sports and retail sponsorship experiences, has raised €100,000 in less than one second through crowdfunding.

The move comes as another Irish company, Exceedence, announced plans to raise £250,000 (€278,000) through the British site Crowdcube.

VStream secured its financing through the Irish peer-to-peer lender Flender. It said it intended to use the money as working capital to complete a number of projects it is working on.

The platform was established by Kristjan Koik, Oli Cavanagh and Jeremy Davies in October 2014. It enables businesses and consumers to lend and borrow money through an app that links in with social network connections. There are no lenders’ fees attached, unlike most platforms, but there is a success fee and what the company calls “a small interest margin”.

Separately, Exceedence, a UCC spin-out that has developed a financial modelling and analytics software platform for the renewable energy sector, is more than halfway to meeting its target of raising £250,000 via Crowdcube, just one day after the funding campaign launched.

The company, which makes and sells software to help businesses fast-track, plan, analyse and de-risk their investments in renewable energy projects, intends to use the money to launch a new B2B cloud-based software tool.

Founded by Raymond Alcorn and John Keating in 2015, Exceedence will seek to match funding from Enterprise Ireland should its Crowdcube campaign end successfully.