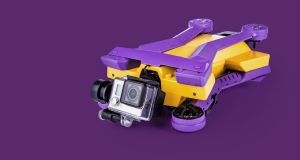 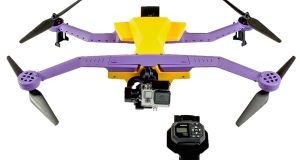 Fancy starring in a movie of your own life? Forget about selfie sticks. The AirDog is the drone you need. The device comes with a long-range bluetooth-enabled wrist controller that acts as a leash (which, incidentally, is what it’s called) and GPS tracker, allowing the drone to track your movement. It is mainly aimed at action sports enthusiasts, with different modes for snowboarding and skiing, surfing, skating and wakeboarding. For example, if you want a drone to capture your snowboarding run, you’ll need it to stay a certain distance from you but still track your position; for wakeboarding, you’ll want the drone to stay out of range of the cable. The AirDog even has different landing modes. It is compact, with the arms of the quadcopter folding down so it can be easily stowed for travelling, and weighs under 2kg even when the GoPro camera, gimbal and battery are attached.

1 Just 8,000 houses built last year offered for sale on open market, says CIF
2 How can I view my dead brother’s will if I’m not the executor?
3 Russian oligarch tees up €85m sale of Dublin’s Morrison Hotel
4 Point Square set to hit market for €100m in September
5 Politics more hazardous to economy than Brexit or coronavirus
Real news has value SUBSCRIBE