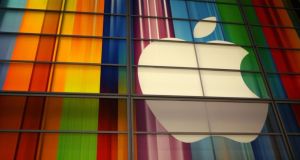 Tech giants including Google, Facebook, Microsoft, Dropbox and more than two dozen other Internet companies have filed legal briefs supporting Apple in its encryption battle with the US government.

Tech giants including Google, Facebook, Microsoft, Dropbox and more than two dozen other Internet companies have filed legal briefs supporting Apple in its encryption battle with the US government.

The rare display of unity and support from Apple’s sometime-rivals showed the breadth of Silicon Valley’s opposition to the US government’s anti-encryption effort, a position endorsed by the United Nations human rights chief.

Apple has refused to cooperate with FBI demands to decrypt an iPhone used by the perpetrators of a mass shooting attack in San Bernardino, California. The company condemned the FBI’s demand to remove security features and write new operating system software, saying it was “an over-reach by the US government” with “chilling implications” on customer privacy and security.

Apple’s industry allies, along with several privacy advocates, filed amicus briefs - a form of comment from outside groups common in complex cases - to US District Judge Sheri Pym, in Riverside, California.

“While the companies that signed this brief are often fierce competitors, our unity with Amazon. com, Box, Cisco, Dropbox, Evernote, Facebook, Google, Mozilla, Nest Labs, Pinterest, Slack, Snapchat, WhatsApp and Yahoo, reflects our deep, shared concerns about the potential ramifications of this case for technology and for our customers,” Microsoft said.

The PC maker said fundamental questions about privacy, safety, and the rule of law were at stake, and that the issues raised by the Apple case are too important to rely on a narrow statute from a different technological era.

“Instead we should look to Congress to strike the balance needed for 21st century technology,” Microsoft president and chief legal officer Brad Smith said.

He said modern laws passed by elected representatives in Congress, after a well-informed, transparent, and public debate, are needed.

“If we are to protect personal privacy and keep people safe, 21st century technology must be governed by 21st century legislation.”

Matt Williams: Like on my Ryanair flight, Ireland were suffocated by England

1 Irish companies restrict travel over coronavirus fears
2 Suspicions rife as key Brexit trade talks begin in Brussels
3 How well paid do you think you are? Here’s how to work it out
4 Housing crisis: Bogus notion that supply will cure our woes
5 Bank leaked my loan request to family who tried to rip me off
Real news has value SUBSCRIBE