Surface Laptop 4: Familiar on the outside, souped-up on the inside

Microsoft sticks with a winning formula with some upgrades, but more ports would be nice 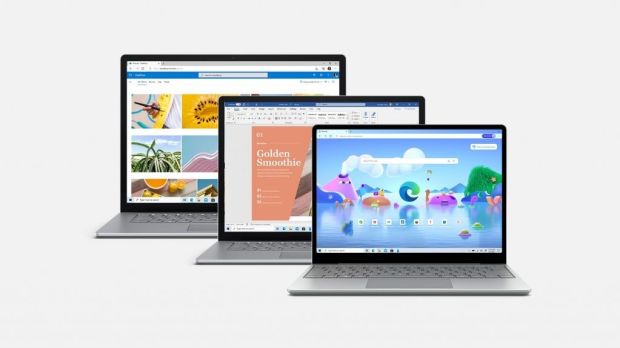 Looking at Microsoft’s Surface Laptop 4, you would be hard pressed to distinguish it from its predecessors. The touchscreen laptop looks almost identical to the Surface Laptop 3. In fact, side by side it was hard to pick it out from the original device that Microsoft released back in 2017.

But that’s not what is important here. Microsoft has upgraded the innards of the Surface Laptop consistently over the past few years, and the latest version is no different.

The laptop is available in three versions: the Intel i5 and i7 chip, and the AMD Ryzen version. The 13.5-inch offers the the 11th-generation Intel Core i5 and i7, with the six-core AMD Ryzen 5 as the third option; the 15-inch device comes only in the i7 processor and the the eight-core AMD Ryzen 7.

The version we were sent had the i5 chip and 8GB RAM, making it the entry-level device. It’s hard to pick it out, though. As a work device, it handled everything from virtualised desktops and video calls to video and photo editing without missing a beat or obviously slowing down.

I like the alcantara finish on the inside, as it’s less cold to touch. But there is a trade-off; on the original Surface Laptop, it has got fairly grubby over the years, particularly where your palms rest. That is despite attempts to clean it; the material just seems to hold on to oils from your skin. There’s no reason to think the Laptop 4 will fare any better, so if you are picky about how your laptop looks and plan to hold on to the Laptop 4 for a while, the metal may be the best option to keep it looking like new.

The screen is one of the best things about the Surface Laptop 4. As mentioned, it is touchscreen and compatible with the Surface Pen if you need to scribble or make notes; at 2256 x 1504 and 201 pixels per inch, it is detailed and vivid, and perfect for everything from web browsing and working to watching Netflix (sneakily) in the background.

It’s also pretty good for Zoom calls, which – like it or not – are probably going to be a bigger part of our business world from now on. Playing a big part in that too is the front-facing camera, built into the not-inconsiderable bezel on the screen. The 720p HD camera has an f/2.0 aperture, so it performs well in lower light, although don’t push it too far. It also works with Windows Hello to sign you in to the device, so you need never remember your password.

Dual far-field studio microphones and Omnisonic Speakers with Dolby Atmos round out the package.

Battery life is decent, although the Ryzen chips are a little better on power efficiency. The Intel machines will get up to 17 hours of typical usage, but the AMD machines can get up to 19 hours. It’s not much, but it might be enough to make the difference between having to carry your power cable and not.

You can easily use the Surface Laptop 4 for several hours at a time; aside from the battery life, the keyboard is comfortably sized, even on the smaller machine, and the trackpad is accurate and less frustrating than some other devices.

So there is plenty to love about the Surface Laptop 4. But it’s not perfect.

It is still woefully short on ports. While the Surface Laptop 4 keeps both the headphone jack and the USB A port for connecting peripherals, it has only one USB C port, so if you need to connect more than one device to it, you are now into the world of docks and hubs. It seems like an oversight, and while manufacturers are pushing us more and more to wireless solutions, it’s not suitable for everything. An extra port or two wouldn’t go amiss.

The good
There’s no need to change a winning formula. Surface Laptop 4 sticks with what it knows works, with a few tweaks to make sure it will last for a few years. The updated chip is nice to have, and the device works fast and efficiently, even at the lower end of the specs.

It also doesn’t heat up too quickly, or suffer from audible fans.

The not so good
More ports, please. One USB A port and a USB C port seems a bit lacking, although many will find they can make do with the bare minimum when they have to.

The rest
The alcantara finish is nice for the keyboard, but the metal may be more practical in terms of keeping it clean.

The verdict
Tried and tested formula that manages to bridge the tablet-laptop debate.

Gresham Hotel’s revenues fall by €15.5m due to pandemic 17:33
McDonald’s to hire 800 extra staff in coming months 15:29
Global tax talk enter vital two weeks ahead of key meetings 14:41
Investec and Irish Life consider joint Davy bid – reports 14:36
Can I be a first-time buyer even if my partner bought our current home? 12:30

1 Ireland’s property market: What goes up can still come down

2 Can I be a first-time buyer even if my partner bought our current home?