StoryToys to become Touch Press as part of Amplify deal

Dublin team will expand ‘significantly’ over the next 18 months, says chief executive 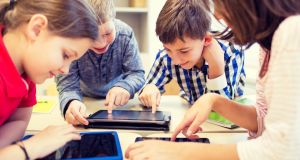 The move follows a $1 million (€890,000) investment earlier this year through Amplify Education Partners, which is linked to businesswoman Laurene Powell Jobs, wife of the late Apple founder Steve Jobs.

The new venture will see the portfolios of StoryToys, Amplify Games and Touchpress integrate under the Touch Press brand. StoryToys chief executive Barry O’Neill will lead the new venture from the company’s New York headquarters, where the core Amplify games team is based, with the Dublin team also becoming part of the new entity.

Mr O’Neill said the company planned to expand the Dublin team “fairly significantly” over the next year to 18 months.

“The formation of Touch Press Inc is just the beginning of our teams’ plans and we will have further announcements over the coming months,” he said.

Although the identity of the backers was not revealed at the time, it was later disclosed that Ms Powell Jobs was the lead investor behind the deal through the organisation she founded in 2004, Emerson Collective.

Emerson Collective is an advocate for education policies, social justice and immigration reform.

Amplify Education partners subsequently decided to spin out the games team, leading to the integration with StoryToys.

“In terms of creating the continuous portfolio of learning apps that can serve a child from two years old to 14 years old, it was a great opportunity,” Mr O’Neill said. “The opportunity then arose to acquire the Touchpress portfolio, which was a great fit for us.”

The Amplify portfolio has currently only been available to schools, while Touchpress apps are available on the App Store and include Solar System for iPad, Shakespeare’s Sonnets and Leonardo da Vinci: Anatomy. StoryToys has specialised in producing apps and interactive storybooks aimed at a younger audience.

Among the initial release of apps under the new brand are vocabulary-building game Twisted Manor and maths-themed puzzle platform game Twelve a Dozen.

The StoryToys brand will continue to release apps for younger children.