Start-up aims to knock bad code back into shape

Irish-based Structure101 at work to better organise your code 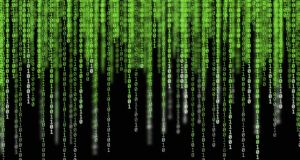 How organised is your code? Software codebases can be unwieldy things. Inefficient or badly organised code can mean higher costs for projects, more bugs and increased costs.

And by the time the problem is discovered, it can often seem like a mammoth task to get it in shape.

With thousands of files and lines of code all interconnected, it can be daunting. But an Irish-based bootstrapped start-up has been quietly working away in the background to offer developers a new way to sort out the problem.

Structure101 specialises in software that will examine your codebase to see if it could be organised in a better way.

The software is aimed at software developers across a range of industries and business sizes; the company counts people who manage code for several multinationals among it customers, including eBay, Netflix, GE and VMware.

New product
The firm recently launched its newest product, a combination of its original Structure101 offering, which informed developers if their codebase could do with a tidy up, and the follow-up Restructure101, which pointed them in the right direction for performing that maintenance.

Structure101Studio is the end result, making it possible for developers to discover, define, communicate and enforce an architecture for an existing codebase, without major upfront surgery.

It keeps the model separate from the actual code, but synchronises as developers go through the steps, giving complete control over the process.

“The value to reorganising a codebase is huge,” explains co-founder Chris Chedgey.

It’s been equally valuable to Structure 101. The company hasn’t followed the traditional start-up route, receiving no venture capital backing to date. That wasn’t initially a conscious choice, Chedgey says; the company was approved by Enterprise Ireland for funding in 2009, but with the debt crisis in full swing and Ireland’s economy hitting the skids, there was little chance of raising the matching funding required.

The firm has made it on its own, however, a strategy that has given it a bit more freedom to pursue the strategy it feels is important to the business.

“If there is VC money in the bank, there can be pressure to spend it,” he says. While there is the freedom that the funding can bring – being able to hire at will and reinvest in product development – the pressure it brings is “unnatural”, he says.

“Smaller steps have made sense for us right now.”

It doesn’t reveal financial figures, citing commercial sensitivity, but co-founder Chedgey says the company is profitable. The profits from the business are reinvested into product development. It recently doubled its headcount to eight employees, located in various regions around the world. There is no longer a central office for Structure101; the firm has staff in Ireland, Canada, France and India. The company has spent time building up partnerships throughout the world to sell its products and develop it further.

It currently supports everything from Java and C# to .Net. But through strategic partnerships, the software has also been adapted to work with further programming languages, widening its appeal and customer base.

Thousands of customers have already used the product, but Chedgey believes that this may be the tip of the iceberg for the sector, with massive potential to grow the company further in the future.

“So much software is a big ball of mud,” he says. “We see it as a huge business.”