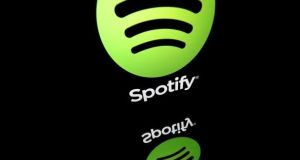 “We call on competition authorities to act urgently to restrict Apple’s anti-competitive behavior, which if left unchecked, will cause irreparable harm to the developer community and threaten our collective freedoms to listen, learn, create, and connect,” the music streaming company said.

In a statement, Apple said the bundle was aimed at existing users of its services and that “customers can discover and enjoy alternatives to every one of Apple’s services.”

1 Chris Johns: Boohoo exposed on pay and conditions in digital economy
2 In this strangest of recessions, what happens next for Ireland?
3 Fortnite owner signs multimillion deal to buy Irish ‘kidtech’ firm
4 Qatar Airways got €1.7bn government lifeline after losses widened
5 Michael O’Leary is the boss you want to lead an airline out of crisis
Real news has value SUBSCRIBE