Don’t assume older techies are over the Valley hill 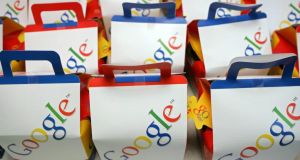 ‘You’ll know all about this when you hit 40,” I joked, straining my eyes to spot my name on an ID badge for a tech “meetup” at the Googleplex in Mountain View, California.

After 25 years of hard-core screen use in the tech industry, it’s those small mobile screens that have finally done for my visual prowess. Nothing to do with age, I keep kidding myself.

A well-toned chap in cycling gear, of the Mamil (middle-aged man in Lycra) variety, rescued me, pointing to my badge. “You’re 20 years too late with that advice,” he said. Lycra man was a software developer in Google. What made him really special in Silicon Valley terms was that he was well over the age of 30.

The faces of the Valley’s rip-roaring tech start-up scene, fuelled by what we Irish might call über-flaithiúlach (super-generous) venture capitalism, are usually male, white or Asian, and seemingly always young. A PayScale study revealed that the average age in Google last year was 29. For Facebook it was 28.

Very few of the companies studied had a median employee age of over 35; exceptions were Valley grandees such as my own employer, Oracle (39), as well as IBM (38) and Hewlett-Packard (41).

In the US, a workforce under 30 is more usually associated with restaurants or shoe shops. Google, Facebook, LinkedIn, and Yahoo have now shared their workforce diversity data and generated a welcome debate on the subject, though the focus is on the need for plenty of improvement in the areas of gender and race. Age is that aspect of tech employment diversity here that many cannot, or will not, acknowledge.

If you’re “old”, say 50, you may be deemed to be over the Valley hill, whatever your past glories.

Older tech workers may have vast software development skills and experience. But when it comes to seeking new opportunities, they will deliberately deskill themselves on job applications and their CV, omit their earliest jobs, erase academic qualifications or end dates, and invest in the odd nip and tuck, hair transplant, skinny jeans, and so on. And all to obtain an income from much younger, hipper bosses. Multibillion-dollar stories about Whats- App, Instagram, Oculus Rift and the rest make glamorous tech headlines. But Valley software start-ups are primarily built to be sold, not to champion diversity.

The reasons for this age denial can be complex: discrimination, ignorance or socialised attitudes that owe much to a world of fraternities and clubs.

For the young male start-up “brogrammer”, a caricature popularised by HBO’s Silicon Valley, even his technology preferences may be a factor. Python, APIs, GitHub, social-media mash-ups and mobile apps are all grist to the mill for the younger hackers, whereas older developers are versed in C#, SQL, Java, .NET, and so on. Frequently, being over a certain age goes beyond being excluded. In the Valley, it’s about not even being noticed.

Important conversations are happening about diversity in tech employment. Lack of socialisation, restrictive educational paths and missing role models that enable girls and women to achieve a fairer participation in software-development roles are discussed.

But age, mental health, disability, social class and ethnicity are also part of the diversity fight. Partial diversity arguments from noisy contributors on social media are unhelpful. If it’s tough being over 50 in software tech, then try adding being black and a woman into the mix too.

Beyond the injustice and hurt delivered to the community when exclusion occurs, the consequences reflect on business. Some patronisingly refer to older users of the internet as “silver surfers”, but here’s the rub. A Valley start-up might be young, single, male and white, but only a fool would assume that’s the sole audience for the “ideation” and “awesomeness”.

The essence of user experience (my job) is empathising with the daily tasks, passions and pain-points of software users, and then creating solutions that resonate with them.

A work style and culture that centres around gliding from the foosball table to the in-house sushi bar on a scooter, high-fiving other “bros” in FC Barcelona replica jerseys along the way, resonates with few. Cool though.

Ageism in tech, real or imagined, is fundamentally evidence of missing experience. It reveals an ignorance of what is really possible. It reflects broader attitudes about age and work that need to change.

Raising awareness of the impact of exclusion, highlighting the benefits of inclusion, reminding start-ups to comply with legislation and codes of practice, pushing for better educational and training options, and seeing smarter media reporting on older tech role models would be to everyone’s advantage.

On the wrong side of 40, I enjoy the competition of the younger tech crowd. It’s an opportunity for self-discovery, improvement and achievement. As I run through San Francisco’s gentrifying start-up zones, I can comfortably outdistance younger hackers as easily as in Dublin, and in more ways than one. Perhaps they run for show, and not for real?

What are for real are those Valley tech gorillas, now part of the tech furniture that runs the world’s IT – the very companies with the old folks in PayScale’s study. They were around during the last dotcom madness and they will be around after this Valley bubble bursts too. Perhaps that’s where the start-up kiddies intend on finishing out their days – or at least their 30s.

As Oscar Wilde said in the Model Millionaire: “It is better to have a permanent income than to be fascinating.”