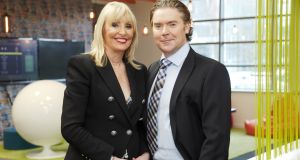 Voxpro was set up by Dan Kiely and his wife Linda.

Business process outsourcing firm Voxpro is to create more than 500 jobs as it opens a new centre of excellence on the US east coast.

The new positions will be located at the company’s Athens, Georgia centre, which will see investment of $4 million, bringing total employment to about 2,200.

The expansion is specifically linked to a new partnership with a “major global brand” company, the details of which will be announced in the next six to eight weeks.

It is the latest move for the Irish company which has offices in San Francisco and Sacramento and which hopes to expand next into Latin America and Asia Pacific.

Chief executive Dan Kiely said the company planned to make the Athens office – which will be based in a former print works – the “coolest place to work by a mile”.

Located at 1 Press Place, the new facility is in the heart of Athens, the home of REM and The B-52s, and Mr Kiely says it will be designed around a music theme, offering workers space in which to play and record music in their downtime.

“The west coast is expensive to set up in and getting more expensive all the time. So places like Atlanta are getting attractive,” said Mr Kiely. Athens is also a major university town and the company hopes to attract graduates.

“We have first mover advantage there,” said Mr Kiely, adding that the company’s appeal to workers was key to its success.

“It’s about our culture which I believe is very unique. It’s important that people feel valued, feel they belong. And a career path is very important.”

Voxpro was set up more than two decades ago by Mr Kiely and his wife Linda Kiely and originally employing just six people.

It operates in 32 countries around the world, working with both big name firms and smaller companies.

The company announced a major expansion in Ireland last November, adding 400 jobs at its Cork office. It also has a centre of excellence in Folsom, California.

Although planning to expand to other parts of the world, the company cites North America is a “critical part” of its global expansion.

“We are excited to be a leading Irish company bringing jobs to the US,” said Mr Kiely.