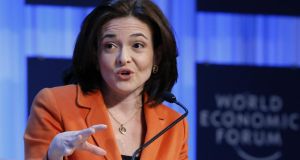 She also topped the list for 2011, when her total compensation was about $40 million.

Facebook shares lost more than half their value from the time of the May initial public offering through early September amid concern that the company would struggle to make money from the growing number of people who access the site from handheld devices. The stock began rebounding as management reassured investors that mobile-advertising efforts would pay off.

However, the stock has climbed less than 1 per cent this year.

Total compensation for chief executive Mark Zuckerberg was $1.99 million, though much of his wealth derives from owning 425.6 million shares of Facebook.

Zuckerberg realised a gain of $2.28 billion when he exercised a previously disclosed option to receive 60 million in shares last year, according to the filing. He also sold just over half of those shares in the initial public offering to cover related taxes.


Bigger bonus
Zuckerberg received a bigger bonus in the second half of the year. That “reflected his impact on our overall performance in the period, including the growth of our user base and our significant progress in mobile product development and monetisation”, according to the filing.

Sandberg’s bonus also increased in the second half. That “reflected her leadership in growing our revenue year over year and her strategic guidance in various business matters”, the company said.

Facebook disclosed commercial agreements with companies affiliated with its directors. Netflix, whose chief executive Reed Hastings sits on the board, bought $2.9 million in ads from Facebook in the first quarter, compared with $7.9 million in 2012. – (Bloomberg)