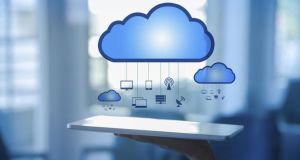 SAP expects its cloud and software revenue to climb 6.5 per cent to 8.5 per cent this year. Photograph: iStock

SAP reported sales that topped estimates and raised the low end of its profit outlook for the year, as more customers signed up for its flagship S/4 Hana business software.

Sales for the third quarter rose 8 per cent to €5.4 billion, SAP reported on Friday.

That compares with the average €5.3 billion estimate of analysts’ projections compiled by Bloomberg.

Higher stock-based compensation weighed on operating profit. SAP said it added more than 400 S/4 Hana customers during the quarter and now has 4,100 businesses running the suite, up from 3,700 at the end of June.

Cloud and software revenue is forecast to climb 6.5 per cent to 8.5 per cent this year, adding half a percentage point at both ends of the range.

Chief executive Bill McDermott is pivoting the software maker towards an era in which enterprises can run their financial, logistics and HR software both in their own data centres and in an outsourced cloud.

SAP, based in Walldorf in Germany, sees online software subscriptions outpacing new on-premises licenses by 2018. As the top supplier of software crucial to customers’ operations, SAP is less vulnerable to losing revenue to cloud infrastructure software supplied by Amazon Web Services, Microsoft’s Azure and Google’s cloud offering, according to analysts.

SAP is garnering more profit on an operating basis as it moves past severance and early-retirement costs it had to pay out last year.

But that was outweighed by the €296 million more it paid in stock-based compensation in the third quarter as its share price rose from about €58 at the end of the comparable period a year ago, to nearly €81 at the end of September this year.

“The pipeline is more robust than it has ever been going into the fourth quarter,” Mr McDermott said. “We’re in very good shape on the top line.”