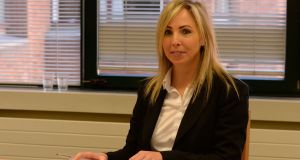 Data protection authorities and privacy campaigners were considering the implications of the European Court of Justice’s ruling that the “Safe Harbour” provision was invalid.

Digital Rights Ireland said the ECJ had laid out how future complaints should be treated by the Data Protection Commissioner.

The decision will have implications throughout Europe as well as the US, he said.

Data Protection Commissioner Helen Dixon, who took over the role last year, was unavailable to comment personally on the matter, but a statement issued on her behalf said she welcomed the judgment and that it clarified the mechanisms by which data privacy rights must be protected by national supervisory authorities.

A number of queries regarding why the DPC did not investigate the case when initially requested by Mr Schrems went unanswered.

The DPC, then headed by Billy Hawkes, had previously dismissed Mr Schrems’ complaint, describing it as “frivolous and vexatious”, and said it could not intervene on Safe Harbour.

Mr Schrems subsequently took a judicial review of the decision in the High Court, which referred the case to the ECJ.

Renewed certainty around the transfer of data between the US and EU was crucial in safeguarding an economic relationship that provides millions of jobs, several business lobbies warned.

The American Chamber of Commerce Ireland said the EU-US economy faced “important implications” from the outcome. Ibec said a revised framework for data exchange was required, addressing privacy issues as well as the needs of modern digital business.