If virtual reality is important to you and your gaming future, the Pro is an obvious choice 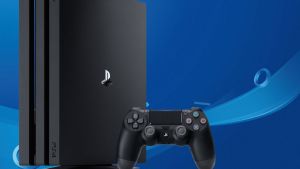 The world of console gaming is getting complicated. Once upon a time, all you had to deal with was a console and maybe a slimmed-down version released a few years later.

But now there are not only slimmed-down versions to contend with, but also souped-up consoles. Not content with a more streamlined version of its PlayStation 4, Sony has now thrown the PlayStation 4 Pro into the mix.

It’s all a bit much to keep up with. What exactly is it? And should you invest in a new machine just in time for Christmas?

The PlayStation 4 Pro is, as the name suggests, a PS4 games console but with a bit of an upgrade. It supports games at 4K resolution – 3840 x 2160 – and has a new graphics processor, more powerful than in its predecessor, and faster RAM. It will also handle 4K video, although you’ll be limited to services such as Netflix and YouTube, as unlike the new version of the Xbox One, there is no 4K Blu-ray drive in the PS4 Pro.

There’s also a larger standard hard drive built in – 1TB versus 500GB – which is good news if you’re a fan of downloading digital versions of games. There are larger versions of the PS4 and PS4 Slim available, but not as the standard configuration.

Should you buy one? First, here’s a few simple questions for you. Do you already own a PlayStation 4? Do you own a 4K TV, or plan to invest in one in the future? Do you have to have the latest and greatest technology before everyone else?

The PlayStation 4 Pro is not a new console as such. It’s an upgrade of the PS4, so if you already own one, unless you desperately want a bit of a power boost or plan on buying a new 4K TV in the coming months, you may not see much advantage to investing €399 in the device.

One of its principal selling points is the ability to handle 4K for gaming, which you won’t be able to take proper advantage of if you are still in 1080p land.

But it’s not just about 4K gaming. The Pro has been given a little more power under the hood which means any frame rate issues you experienced with the PS4 games may soon be about to be a thing of the past.

There is also virtual reality to consider. Under its previous code name – Neo – the PS4 Pro was being optimised for virtual reality too. If VR is important to you and your gaming future, the Pro will be the obvious choice.

If you have already spent the money on a PS4, don’t panic that your investment is about to become obsolete. Yes, there are certain games that will be optimised for the Pro to take advantage of that bump in graphics power and games may look better on the Pro than on older consoles, but Sony has pledged that PS4 compatible means all versions of the console, so you won’t find a two-tier launch system.

The burden will fall mainly on developers, who will now have to develop versions of the game that will not only utilise that extra power but also work on the original console.

For 4K fans, the Pro is a worthy upgrade. The additional power will deliver better-looking games, and throw in VR to the mix and you’ll have a console that will do you for the years to come.

An extra hundred euro may be a steep price to pay for a slight upgrade of a console, even if it does add a little power boost. If you’ve already invested in a PlayStation 4, it’s not enough of an upgrade to tempt you into parting with even more cash. In that case, perhaps saving it and putting it towards the PlayStation VR would be a more beneficial investment.

The PlayStation 4 Pro will take advantage of its extra graphics power in the future to deliver better games. But all games marked as PlayStation 4 compatible will work with all versions of the console, regardless of whether you bought it as soon as the original went on sale, waited for the slim version or decided to go for the Pro.

If you were hoping for a streamlined console like the PS4 Slim, you’ll be disappointed. The Pro is bigger than the original and heavier; we suppose all that extra power had to be housed somehow though.

New to the PS4? Skip the slim and go directly for the Pro. But if you’ve already invested, don’t panic; your new toy isn’t going to be obsolete any time soon.