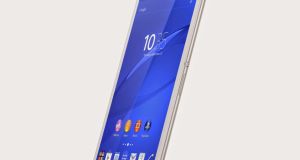 Sony has been impressing with its compact Xperia phones, but its tablets are also worth a look. Like the phones, the Xperia Z line of tablets are built to be robust yet aimed at the premium end of the market. The Xperia tablets have stuck with the 10-inch models until now, but the Z3 Tablet Compact has changed all that.

Available in 16GB and 32GB versions, the tablet is offered in wifi only and 4G LTE versions. Powered by a 2.5Ghz Qualcomm Snapdragon quad core processor, with 3GB of RAM, the tablet runs Android KitKat. It’s waterproof, dust tight and a bit more robust than your average tablet. And all in a slim, light package that comes with an 8-inch display.

That puts the Z3 Tablet Compact in competition with the likes of the iPad Mini and Samsung’s Tab S. But how does it stand up to the competition?

The volume and power key are positioned on the side of the device, within easy reach but not in a place where you would accidentally trigger them.

The name may not trip off your tongue – Sony Xperia Z3 Tablet Compact is a mouthful – but that’s all that is bulky about the device.It weighs in at a more-than-compact 280g. That translates as lightweight and easy on the wrists, so it can easily be used as an e-reader for long periods of time before it puts a strain on the wrists. At the same time, the screen is still large enough to comfortably type on if you need to send some emails or type up a few documents. There’s the option of a thumb keyboard or a mini keyboard – the thumb keyboard proved the more comfortable for extended typing sessions, while the mini keyboard was handy for one-handed input, such as web addresses and short messages.

There are a few standout features on the Z3 tablet outside of its design. If you’re a PlayStation 4 owner, good news: the Z3 Tablet Compact is compatible with the system. So you can connect your PS4 to your tablet and play games on the sharp display when you are on the same wifi network. That frees up the TV for everyone else without having to sacrifice your games time.

However, it’s unlikely that you’ll be using this tablet as your primary camera. There’s also the option to switch to manual settings, allowing you to set your own ISO and white balance, which may solve some of the quality issues.

Also, while a lot of thought has gone into the design, we weren’t huge fans of the matte finish on the rear. That’s purely subjective, though; the matte finish is certainly easier to get a grip on, so it serves a purpose.

The tablet also includes high-resolution audio and digital noise-cancelling, but the latter requires extras such as Sony’s compatible headphones to take advantage of it.

Although the capacity is limited to 32GB on board, the MicroSD slot means that you can add up to 128GB of memory if you wish. That’s more than enough to store hours of movies and songs, turning your tablet into a full entertainment device.