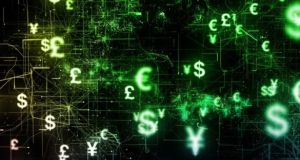 Ornua, which owns the Kerrygold and Dubliner Cheese brands, was selected for the pilot transaction due to its expansive export coverage across over 110 countries

Ornua, formerly the Irish Dairy Board, has completed what is believed to be the world’s first global trade transaction using blockchain, the technology behind Bitcoin.

The letter of credit transaction between the group and the Seychelles Trading Company arose following a collaboration involving Barclays Bank and the Israeli start-up, Wave.

The transaction is the first to have trade documentation handled on Wave’s new distributed ledger technology platform, which has been designed to speed up transactions, cut costs and reduce the risk of fraud.

Currently, many international trade transactions involve a high number of participants in different jurisdictions around the world, thereby ensuring a significant amount of paperwork, counter-signing and courier journeys.

The new platform ensures that all relevant parties can see, transfer title and transmit shipping documents and other original trade documentation through a secure decentralised network, eliminating many of the current inefficiencies in international trade.

Ornua, which owns the Kerrygold and Dubliner Cheese brands, was selected for the pilot transaction due to its expansive export coverage across more than 110 countries.

Blockchain is forecast to become the “beating heart” of the global financial system in the years to come with 80 per cent of banks expected to have initiated projects focused on it by 2017, according to The World Economic Forum (WEF).

The WEF study, which was published last month, showed that $1.4 billion (€1.25 billion) has been invested in blockchain over the last three years and more than 2,500 patents filed.